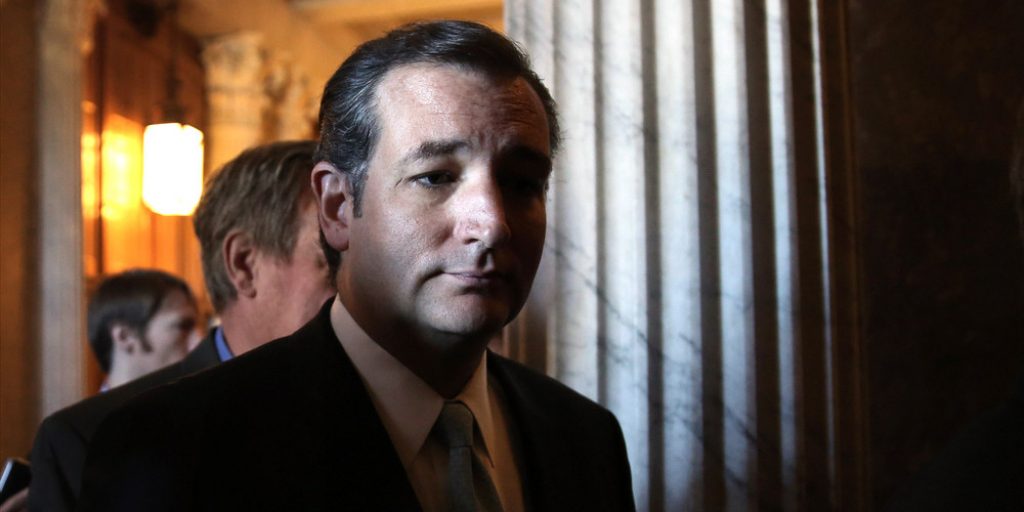 In a recent article published at the Harvard Law Review Forum, Paul Clement and Professor Neal Katyal emphatically denied the existence of any substantial controversy as to whether Senator Ted Cruz meets one of the eligibility requirements for the presidency, viz., whether he is a “natural born citizen” of the United States.  Any claim otherwise, they argue, is “specious,” for the historical evidence “clearly” demonstrates that he is such a natural-born citizen; because he was born to a citizen mother and thus a citizen “from birth,” he was a “natural-born citizen.”

Let me begin with a personal disclaimer.  Senator Cruz was a teacher of mine in a small seminar at the University of Texas School of Law.  I like and admire him greatly.  Before he became famous, he even exchanged some emails with me.  A citizen of Texas, I voted for him in the 2010 Senate elections, both primary and general.  A Republican voter, I will probably not vote for him in the 2016 primaries, but will vote for him with great enthusiasm in the general election if he is the nominee.

But is he eligible for the presidency?  I think he probably is, but not for the reasons, and not with the certitude, offered by Mr. Clement and Professor Katyal.  Indeed, I think the evidence they rely on suggests his ineligibility.

They point primarily to statutory evidence.  In particular, they cite certain English statutes and Congress’s 1790 Naturalization Act, which affirmed that children born to subjects or citizens abroad were to be deemed natural-born subjects or citizens for all intents and purposes.

But the fact that these provisions are found in “naturalization” acts strongly indicates that such foreign-born persons were not truly “natural” but had to be naturalized by force of the statute.  That is to say, the statutory provisions seemed designed to make someone “natural” who was not otherwise natural. They resemble later adoption statutes that “deemed” the child’s new guardians to be his “parents” for all intents and purposes.

Further, in the 1790 American Act, there is no textual evidence suggesting a distinction between this provision and the other naturalization measures.  The provision for children born abroad appears to be part of one integrated rule of naturalization; it is found in the penultimate sentence of the statute’s sole paragraph.

Further, let us suppose these declarations were merely declaratory.  At the very least, the existence of these “declarations” indicates that there was at least some disagreement as to what “natural born” meant, both in Britain and the United States.  That is, in the eighteenth century, even in 1790, there was some ambiguity as to what “natural-born” meant.  If so, then the ambiguity probably attaches to the original understanding of the term, as used in the Constitution of 1787.  At the very least, it is unclear whether Cruz was indeed “natural born.”

The problem for Cruz multiplies when one reviews the British Nationality Act, which the authors cite expressly.  That act was apparently clarificatory of an older “naturalization” statute; the clarification specified that subjecthood belonged to foreign-born children of fathers who were subject.  Cruz’s father, however, was not a citizen; his mother was.  Consequently, Cruz would not have been a natural-born subject under the Act.

In sharp contrast, one finds seemingly no British or American statutes declaring which native born persons are indeed natural-born.  All authorities seemingly concurred, without controversy, that persons born on the soil of England or the United States were indeed native to the respective polities.  There was no ambiguity to resolve.  (Note of course, that in the nineteenth century, there was sharp disagreement as to whether some “natural-born” persons were merely subjects, and not “citizens”; no one in Dred Scott argued that native-born blacks were “aliens”).

But let me suggest another way in which Cruz’s eligibility could be vindicated.  This way depends on recalling (1) that “natural-born” membership depends on the relationship between one’s birth and sovereignty, and (2) that, in a republic, the locus of sovereignty is in the bodies of the citizens themselves.

All authorities seemingly concurred that the offspring of the King, regardless of place of birth, were plainly the King’s “natural-born subjects.”  No statute was ever needed to make such persons “subjects.”  Indeed, as Blackstone added, even the King’s ambassadors, because of their representative capacity, likewise carried abroad, by extension, the movable bodily sovereignty of the King: “the children of the king’s embassadors born abroad were always held to be natural subjects.” Unlike children born abroad to ordinary subjects, these children required no parliamentary naturalization at all—they were always deemed “natural-born.”

No to Common Core, Yes to State Competition in Education

Originalism and Affirmative Action Part I: The Critics’ Argument

The Influence of the US Constitution