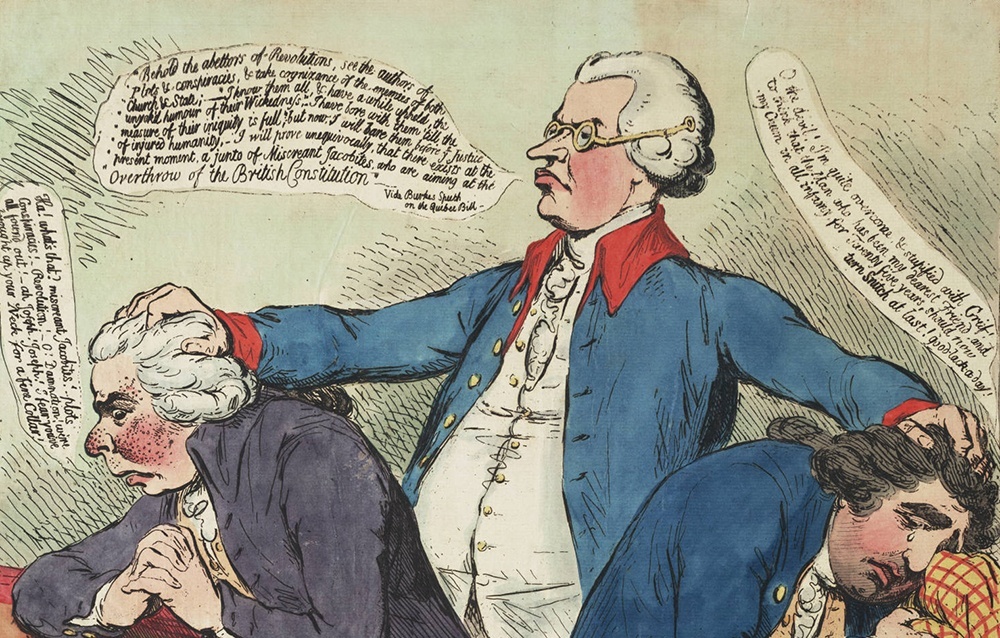 There are a couple of questions that I have often been asked but to which I still have found no satisfactory answer. The first relates to history: What use is it?

I do not mean to imply that if it had no use, it wouldn’t be worthy of study. There is of course the possibility that something could be worth studying for its intrinsic interest, as an end in itself. There must be ends in themselves, or else everything we do would be for the sake of something else which itself would be worth pursuing only for the sake of something else, and so on, ad infinitum.

Not that that would be likely to satisfy the skeptic as to the value of history. He will probably be armed with the glib aphorism that the only thing that history teaches is that no one learns anything from history. And certainly past situations can only be at best analogical with present ones, so that the lessons to be learned from them, if any at all, will depend on how close the analogy is. And how close the analogy is depends at least as much on the eye of the beholder as any closeness in fact. There are no controlled trials in history, and there is no evidence that the historically informed are better at making decisions of great moment than the historically ignorant.

I suppose I would resort to what Cicero said: that to be ignorant of what occurred before one was born is to remain always a child, for what is the worth of human life, unless it is woven into the life of our ancestors by the records of history? This, however, is no clincher, for my skeptic might allege that he and his friends get on perfectly well without knowing what occurred before they were born, and that they are the best judges, not I, of whether this is so. I haven’t won the argument, yet I remain as certain as ever that I am in the right.

The other question to which I have found no satisfactory answer, despite having been asked it many times, is what is a conservative. My reply is that a conservative has no fixed doctrine to which he must subscribe. He has, rather, a general attitude, namely that man is fallible, that regress is as much to be feared as progress is to be hoped, that human action always has unforeseen consequences so that prudence is a virtue, that ignorance is always greater than knowledge, that those who came before us were as intelligent as we, that tradition contains wisdom as well as irrationality, that life cannot be lived according to a preconceived plan, that wickedness lies in wait for all of us, that man is imperfectible.

No interlocutor has yet been satisfied by my answer, and neither, perhaps, am I. Some have wanted a dictionary or taxonomic definition so they can spot a conservative the way I can spot a Scutigera coleoptrata (a 15-legged centipede) in my path. In vain do I suggest that words should not be made to bear more precision than they are capable of; we cannot measure the meanings of words in Angstrom units.

Yet at the same time I think there really is a conservative outlook that is opposed to the liberal one (liberal in American, not classical economic, terms). I think the difference has to do with the recognition or not of the reality and universality of Original Sin and of man’s radical imperfection and imperfectability.

A friend who recently stayed at my house, an eminent medical professor, is much more liberal than I. On matters medical we see nearly eye to eye; we discuss cases and the scientific disputes of the day with almost entire agreement. (We are often surprised by how flimsy the scientific claims of much of medical practice are, and yet we are not skeptics or cynics about medical practice: eppur si muove.)

Yet on other issues—some indirectly related to our shared profession—we are poles apart. I mentioned, for example, the story about a widow in the United States and her stepson who were awarded $16 million in compensatory damages against a tobacco company, and $26 billion in punitive damages, because, back in 1996, her 36-year-old husband had died of lung cancer. He had smoked heavily since the age of 13, that is to say since 1973.

Now it seemed to me that the whole case could only have rested on a tissue of lies or half-truths. It is true, of course, that tobacco companies long did their best to hide or minimize the harmful effects of their products, targeted young people with their advertising, and increased the nicotine content of their tobacco to enhance its addictiveness. And all this was clearly immoral.

But that is surely not the whole of the matter. The dead man was 13 when he took up smoking, and I think it highly likely (though I do not know the full details of the case) that he knew at the time that he was doing what he ought not to do; indeed, its wrongness was probably part of its attraction for him. And even if he was influenced in his decision by advertising, it was still his decision, because many young people subjected to the same advertising did not take up smoking. By 1973, at any rate, everyone knew that smoking was very bad for you, even if this particular teenager did not know just how bad.

I qualified as a doctor in 1974, and I have never met a patient since, including adolescent patients, from the highly educated to the uneducated, who did not know that smoking is extremely harmful to one’s health. Smokers might occasionally say things like “I have a grandfather who’s 98 and has smoked 60 cigarettes a day for 80 years, and he is as fit as a fiddle,” but such talk is clearly a smoker’s way of granting himself permission to continue with what he does not want to give up but knows that he should. It is not the product of any tobacco company’s propaganda, but the spontaneous product of the self-deceiving human mind.

Moreover the claim that, because the deceased was addicted, he could at no time between the age of 13 and his death have given up smoking, is clearly false. Millions of people in his situation have quit smoking, not least of them my own mother, and whatever happens must be possible. To say that he could not give up because he did not give up would be true if, and only if, people could only do what they actually do do. But this, of course, would include the executives and lesser employees of tobacco companies. The plaintiff’s argument that the fact that the man smoked on the day he died is proof of the degree of his addiction was plainly bogus, since to give up smoking once you have inoperable lung cancer would be an irrational thing to do if smoking still gave you pleasure or stopping gave you discomfort.

The man’s contribution to his own untimely demise, it therefore seemed to me, was so great that the tobacco company could not be held responsible for it, even if it had behaved very badly.

My friend, the liberal, did not see it like that. He thought the plaintiff was probably a poor and quite possibly stupid person (stupid by nature or through lack of opportunity to be anything else), who was in effect the human plaything of the tobacco company, a weak reed bending in the wind of the company’s nefarious propaganda and pharmacological manipulations. Even if this was not so, he said, the company deserved to be punished for its dishonesty. (What about government, you might ask, the greatest beneficiary of all of tobacco sales—ought it be punished?)

The difference between us, amicably discussed I am glad to say, was one of Weltanschauung, world outlook, and unlikely to be reconciled soon by any appeal to mere facts. I began to think of the vices of both outlooks. That of my outlook was the possibility of the harsh and censorious discounting of extenuating circumstances. We are all of us weak creatures in need of understanding and sometimes forgiveness, and to withhold these is cruel. That of his outlook was the possible denial of most human beings’ agency, with the condescending result that human beings come to be considered objects rather than subjects.

We need a little of both outlooks all the time, but this is as difficult to achieve as to see both aspects simultaneously of one of those trick drawings that is a candlestick when viewed one way, the faces of two old hags when viewed another way.

Liberals and conservatives need each other.

Meat-cleaver economic nationalism will probably lead us down a path we’ll wish we had never taken.

Ryan Hanley's Our Great Purpose gives the reader a taste of the depths of Smith’s thought as well as his words in an inviting style.

Our post-liberals have diagnosed pathologies in contemporary liberalism, but they have not dealt with the true ground of our discontents.