In the marriage cases pending before the Supreme Court, the parties and amici defending the validity of California’s Proposition 8 and the Federal Defense of Marriage Act have argued that the Constitution permits the state and federal governments to reserve the status and privileges of marriage to “marriage,” as traditionally defined.  To my knowledge, no one in the cases has argued that the Constitution might prohibit the state and federal governments from abandoning this traditional definition. 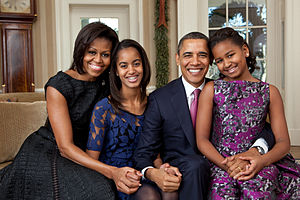 There is good reason, however, to conclude that in one critical respect, the Constitution prohibits the redefinition of marriage.  On this Father’s Day, I will begin by sketching how the Due Process Clause, as strictly construed and originally understood, establishes a presumption in favor of the natural father and mother’s trusteeship over the child’s liberty.  In subsequent posts, I will explain how the old marriage has complemented this presumption, and how the new marriage unlawfully undermines it.

The Due Process Clause of the Fifth and Fourteenth Amendments prohibits the federal and state governments from “depriv[ing] any person of life, liberty, or property without due process of law.”  The Clause would seem implicated by governmental action restraining a child’s movements.  A child is undoubtedly a “person”; indeed, the word “person” has, at least since the Civil War, always encompassed all homo-sapiens (with the glaring exception of prenatal homo-sapiens).  Further, the word “liberty” in this provision has always meant primarily, if not exclusively, the bodily power of locomotion.

Less clear is whether (1) a child, given the degree to which he is subject to adult control, has any “liberty” of which he or she may be governmentally “deprived,” and (2) if so, to what extent there is any particular pre-deprivation “process” that is “due”.

As to the required process, the Due Process Clause mandates, first and foremost, that governmental authorities follow the procedures established by statutory law.  But as the Supreme Court unanimously clarified in 1856 (just a decade before the adoption of the Fourteenth Amendment), the governing procedural “law” includes the traditional, “settled usages and modes of proceeding existing in the statute and common law of England” and the preserved throughout the American colonies.[1]  The Clause, then, binds even the legislature to respect these customary procedures.

Some of these traditional “usages and modes of proceeding” are not specifically enumerated in the Constitution.  For instance, in criminal cases, due process mandates that defendants enjoy the presumption of innocence.[2]

A similar presumption has prevailed in the context of child-custody litigation: the presumption that the natural father and the natural mother are the appropriate trustees of the child’s liberty.  As Justice Story explained, the law respects paternal authority, not “on account of any absolute right of the father, but for the benefit of the infant, the law presuming it to be for his interest to be under the nurture and care of his natural protector, both for maintenance and education.”[3]   Story elaborated this presumption in his treatise on equity:

The [equity court] interferes with the ordinary rights of parents, as guardians by nature, or by nurture, in regard to the custody and care of their children. For, although in general parents are entrusted with the custody of the persons and the education of their children; yet this is done upon the natural presumption, that the children will be properly taken care of, and will be brought up with a due education in literature, and morals, and religion; and that they will be treated with kindness and affection. But whenever this presumption is removed; whenever (for example) it is found, that a father…acts in a manner injurious to the morals or interests of his children; in every such case, the Court of Chancery will interfere, and deprive him of the custody of his child.[4]

After the Civil War, state governments assumed greater authority over the custody of children, by, e.g., the establishment of compulsory school-attendance laws, boarding reform schools, etc.  In response, courts sometimes invalidated, as violative of due process, governmental actions depriving children of their parents’ custody without respecting this presumption.[5]

This presumption has prevailed not only vis-à-vis the government, but against any third party, even a third party with whom the parent entered a putative agreement to surrender custody.  As a leading treatise explained over a century ago,

[T]he courts, recognizing the sacred ties which bind parent and child together, do not favor agreements between parents and strangers whereby the parent attempts to surrender to another the custody and control over the child. And upon this principle it is always with reluctance that a court of competent jurisdiction will take an infant from the custody of its parents and award the custody to a stranger. It must be imperatively necessary for the best interests of the child, and neither the poverty of the parent nor the wealth of the contemplated custodian is sufficient to justify this harsh measure.[6]

In the twentieth century, the Supreme Court frequently affirmed this constitutional presumption.  In Meyer v. Nebraska, for instance, the Court vindicated parental educational rights with reference to the parent’s “natural duty to give his children education suitable to their station in life.”[7]  Thirty years ago, the Supreme Court likewise concluded that the “law’s concept of the family rests on a presumption that parents possess what a child lacks in maturity, experience, and capacity for judgment required for making life’s difficult decisions,” for the law has long “recognized that natural bonds of affection lead parents to act in the best interests of their children.”[8]  Just a decade ago, the Court likewise upheld this presumption in Troxel v. Granville.[9]

Unfortunately in these cases, the Court has done violence to the Constitution’s text by defining the right at issue as parental “liberty” rather than the child’s actual liberty (locomotion), as held in trust to his or her natural parents.  In this way, these cases generally are tainted by association with the contra-textual idea of “substantive due process.”

Still, whether by traditional due process or by the judicially-created substantive due process, the Constitution’s Fifth and Fourteenth Amendments include a presumption that a child’s natural father and natural mother are the trustees of the child’s liberty.  The Constitution thus mandates a preference for natural-parental custody, control, and education.  In subsequent posts, I will explain how by discarding this presumption, the new marriage is not only unknown, but repugnant, to our Constitution.

DOMA, the Hyde Amendment, and the Missouri Compromise: Windsor as the Reversal of Harris v. McRae and Renewal of Dred-Scott Federalism

Does Administrative Agency Adjudication Violate the Vesting of Judicial Power in the Courts (and Due Process)?

While the government may have discretion to act outside of the courts, its officers often will not, allowing due process to play out in the courts.