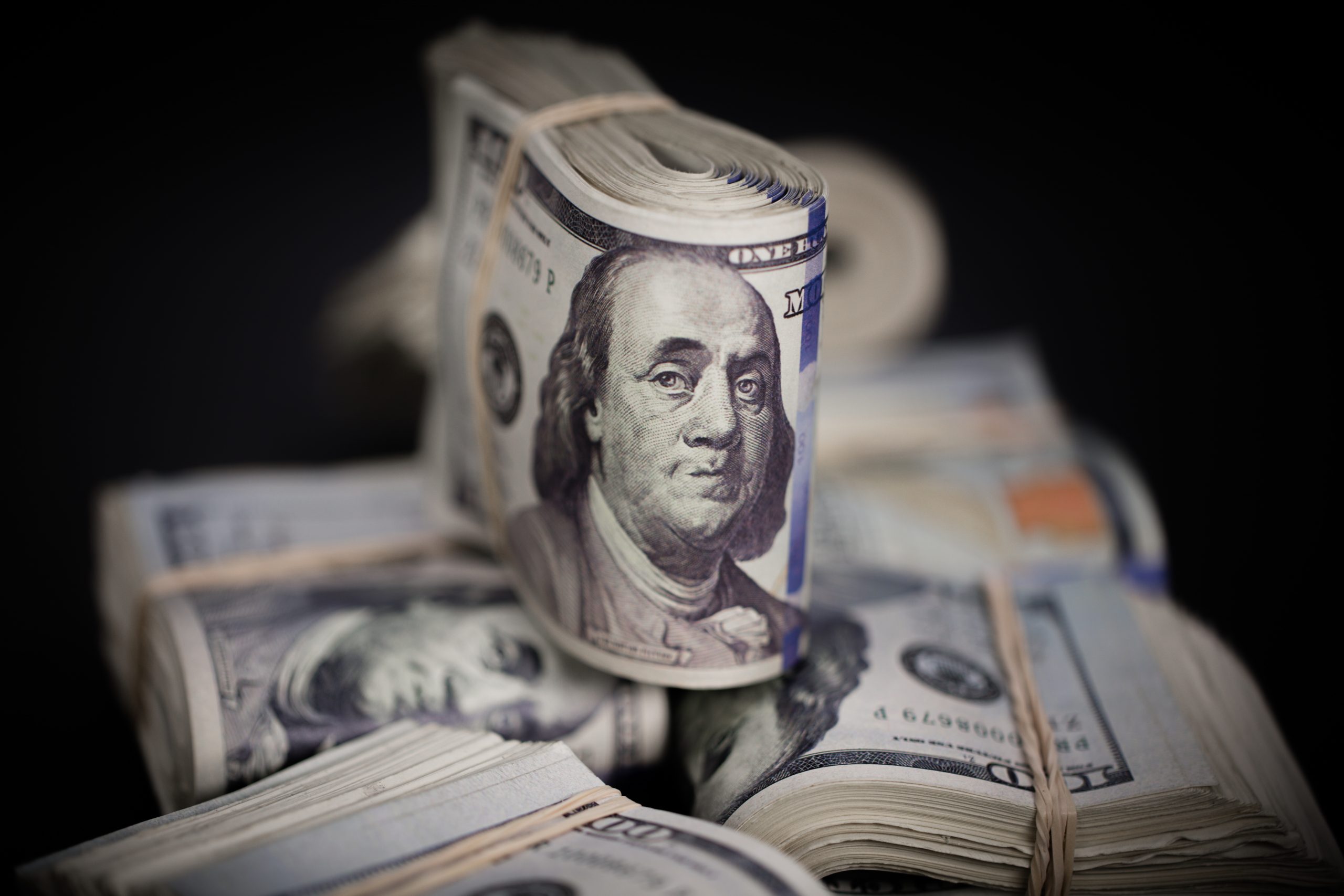 The balance sheet of today’s Federal Reserve makes it the largest 1980s-model savings and loan in the world, with a giant portfolio of long-term, fixed rate mortgage securities combined with floating rate deposits.  This would certainly have astonished the legislative fathers of the Federal Reserve Act like Congressman and then Senator Carter Glass, who strongly held that the Fed should primarily be about discounting short-term commercial notes.

It would equally have amazed the Fed’s past leaders, like its longest-serving chairman, William McChesney Martin, who presided over the Fed under five U.S. Presidents, from 1951 to 1969.  Martin thought the Fed should confine its open-market activities to short-term Treasury bills and instituted the “bills only doctrine” in 1953.  He would have been most surprised and we can imagine displeased at the amount of Treasury bills now included in the Fed’s bloated $4.5 trillion of assets.  As of June 7, 2017, the Treasury bills held by the Fed are exactly zero.  This is as radical on one end of the maturity spectrum as the long-term mortgages are on the other.

As part of its so-called “quantitative easing” program—a more respectable-sounding name for buying lots of bonds—the Fed reports its mortgage securities portfolio as $1.77 trillion as of June 7.  Its investment is actually somewhat larger than that, since the Fed separately reports $152 billion of unamortized premiums net of discounts it has paid.  If we guess half of those premiums are attributable to the MBS, the total becomes $1.85 trillion.  The Fed owns 18% of all the first mortgages in the country, which total $10 trillion.  It owns nearly 30% of all the Fannie Mae, Freddie Mac and Ginnie Mae MBS that are outstanding.  It is big, a market moving position—and that was indeed the idea: to move the market for MBS up, mortgage interest rates down, and house prices up.

The Fed’s problem is now simple and obvious: once you have gotten into positions so big relative to the market and moved the market up, how do you get out without sending the market down?  The Fed is expending a lot of rhetorical energy on this problem.

As Federal Reserve Chairman half a century ago, Martin was rightly skeptical of the advice of academic economists, but the control of the Fed is now dominated by academic economists.  The former gold standard, whose last vestige disappeared when the U.S. reneged on its Bretton Woods commitments in 1971, has been replaced by what James Grant aptly calls “the Ph.D. standard.”

The Ph.D. standard is accompanied by the strident insistence that the Fed must be entirely and unconstitutionally independent, so that it can carry out whatever monetary experiments the debatable theories of its committee of economists lead to.  Since 2008, nine years ago, these theories have concluded that the Fed should create “wealth effects,” which means manipulating upward the prices of houses, bonds and equities by buying a lot of long-term securities.  In promoting asset price inflation, the Fed, in company with the other major central banks, has greatly succeeded.  Is that good?

It is one thing to try this in the midst of a crisis and a deep recession.  But the last recession ended in mid-2009, eight years ago.  The stock market has been rising for eight years, since the first quarter of 2009, passed its 2007 high in 2013, and has been dramatically booming since.  House prices bottomed in 2012, have been rising much faster than incomes for five years, and are, amazingly, back over their 2006 bubble peak.

So why is the Fed still buying long-term mortgages and bonds?  It is definitely still a big bid in both markets, because it is continuing to buy in order to replace all the maturities and prepayments in its huge portfolio.  Why doesn’t it just stop buying, instead of endlessly talking about the possibility of stopping, eight years after the end of crisis?  Well, the Fed’s leaders want to manage your expectations, so you won’t think it’s a big deal–they hope–when it finally does really stop buying.

That time has still not come, the Fed just announced  (June 14).  Perhaps later this year, although even this timing was hedged, it expects to allow a slight bit of runoff—but not now!  The Fed would then still be buying, but a little less.  This “very gradual and predictable plan” would start with reducing securities purchases by $10 billion a month.  Annualizing that rate, in a year the portfolio would go from $4.4 trillion to $4.3 trillion.

The Fed will continue its status as the world’s biggest S&L.

The major central banks form a tight fraternity.  They have all been engaged in long-term securities buying programs, the ultimate effects of which are subject to high uncertainty.  Predictable human behavior when subject to high uncertainty is to herd together, to have the comfort of having the colleagues you respect all doing the same thing you are doing.  This includes all thinking the same way and making the same arguments, that is, cognitive herding.  Central banks are clearly not exempt from this basic human trait.

To paraphrase a famous line of John Maynard Keynes, “a prudent banker is one who goes broke when everybody else goes broke.”  A central banking variation might be, “a prudent central banker is one who makes mistakes when everybody else is making the same mistakes.”  Will this turn out to be the case with the matching “quantitative easing” purchases they did together?

Here are the long-term securities portfolios of the elite of the central bank fraternity:

The European Central Bank has a slightly bigger bond portfolio than even the Fed does, but one significantly larger relative to the size of the economy.  All these “quantitative easing” programs are definitely huge relative to the respective GDPs, the champion being the Swiss central bank with the remarkable size of 149% of GDP.  For better or worse, they are all in it together.

As a result of this massive central bank intervention, it is reasonably argued that there are no real market prices for bonds now—only central bank manipulated prices. “Yields are too low in the U.S.,” as Abby Joseph Cohen of Goldman Sachs recently told Barron’s, and “there is no major economy with yields where they should be.”

What is the average duration of all the Fed’s long-term mortgages and bonds?  A reasonable guess might be 5 years–if anything, this guess is easy on the Fed, and the duration of its mortgages will extend if rates rise. But let’s say five years.  That means if long-term interest rates would rise by only 1%–not much—the market value of the Fed’s portfolio will fall by 1% x 5= 5%.  A 5% market loss on $4.4 trillion is $220 billion.  Let’s compare that to the Federal Reserve System’s total capital, which is $40.8 billion.  The Fed’s loss of market value on a 1% rise in long-term interest rates would be more than five times its capital.

Of course, interest rates might go up by more.  A 2% rise would mean a market value loss of $440 billion, or more than ten times the Fed’s capital.  No wonder the Fed adamantly refuses to mark its securities portfolio to market!

Most economists confidently assert that no one would care at all if a fiat currency issuing central bank like the Fed became deeply insolvent on a mark to market basis.  They may well be right.  But in that case, why hide the reality of the market values?

The Swiss National Bank is required by its governing law to mark its securities portfolio to market and reflect that in its published financial statements.  Why does the Federal Reserve lag behind the Swiss in disclosure and financial transparency?

The “Independence” of the Court and the Fed

Ordinary politics is unlikely to dramatically change the behavior of the Supreme Court or the Federal Reserve from year to year.

The Fed’s Independence from President Obama Is Much Exaggerated