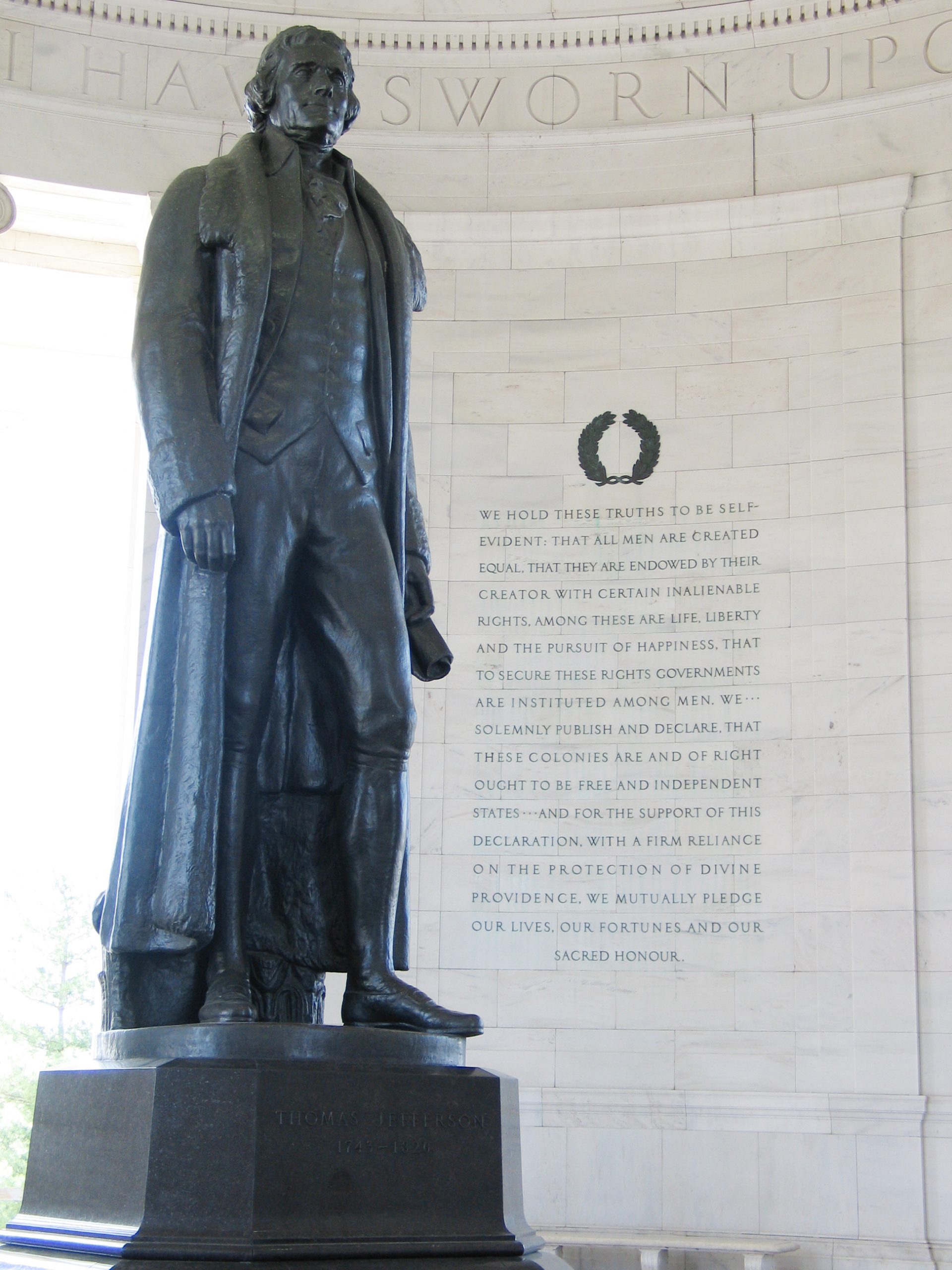 The first canon of Progressivism is faith in human reason. Politics for the Progressive is a science not in the Aristotelian but in the Baconian sense. Political questions are not prudential complexities to which human judgment approaches better or worse answers but rather moral rigidities with right or wrong solutions wholly within the ambit of the all-powerful human mind. The distance from that schematic to administration by experts is brief.

In fairness, that portrayal substantially attenuates the chain. But a recent family visit to Monticello served as a reminder that, however ironically, Thomas Jefferson is one of the chain’s first American links. Call him Progressivism’s ancestor.

That is not because of any Jeffersonian faith in positive government, which he antedated and which cannot be attributed to him. But Progressivism’s faith in reason—the unbounded belief in the authority and capacity of the human mind—is all him. Much of both the spirit and letter of Progressivism follows from it.

Three portraits hang on the parlor wall at Monticello. Jefferson called them his “trinity of the three greatest men the world had ever produced.” A moral teacher is not among them. Neither is a poet, nor a statesman nor, for that matter, anyone preceding the Enlightenment. They are Bacon, Newton and Locke.

Now, one hesitates to exempt facts and opinions from reason’s inspection. But notice that on Jefferson’s account reason sits in a seat not just of involvement but of authority. Jefferson does not recognize her limitations, and tradition wields no comparable authority. Indeed, like his intellectual descendants, Jefferson sees reason propelling progress. Visitors to the Jefferson Memorial in Washington will recognize his words:

“I am certainly not an advocate for frequent and untried changes in laws and constitutions,” wrote Jefferson, who most certainly was. “But I know also, that laws and institutions must go hand in hand with the progress of the human mind. As that becomes more developed, more enlightened, as new discoveries are made, new truths disclosed, and manners and opinions change with the change of circumstances, institutions must advance also, and keep pace with the times. We might as well require a man to wear still the coat which fitted him when a boy, as civilized society to remain ever under the regimen of their barbarous ancestors.”

Notice the temporal overtones of the passage. History is counterposed to progress—the ancient is a drag on the beckoning future; boys become men; society civilizes the barbarous—and the agent of advancement is the “human mind.” The mind, in turn, appears to exert itself at discrete moments in time. Thus his separate suggestion that, the earth belonging solely to the living, no law should outlast a generation, which—by means of, what else, raw reason—he tabulated to be a period of 19 years.  That history might, rather than being troglodytic, instead supply the transgenerational storehouse of what Burke called the “reason of ages,” and that the practices of ancestors might therefore deserve modest deference rather than smug dismissal, escapes Jefferson entirely.

Jefferson himself was more poet than theorist. Consistency was neither his long suit nor, one suspects, his priority. But this elevation of human reason is at war with his commitment to equality, the gifts of intellect being distributed, as they are, unequally—an insight at which his fellow Virginian Woodrow Wilson eventually arrived in the course of calling for government rooted in expertise rather than politics.

Yet Jefferson somehow squared, or avoided squaring, this faith in reason, which would seem to lend itself to a government of elites, with a simultaneous regard for hard-edged populism. A bust of Turgot, whose economics surpassed his constitutionalism, adorns the entrance hall at Monticello opposite one of Voltaire, who, incidentally, Jefferson recommended Carr read, one presumes for purposes of deconstruction, on the topic of religion. Turgot thought checks and balances an antiquated form for a republic, in which he believed all power could safely be concentrated in a legislature at the center, prompting John Adams to defend the American state constitutions against the Frenchman’s critiques.

Among the ironies of the early republic is that Adams’ pen was more prudent than his personality. Jefferson probably illustrated the reverse. Of course, a poetic pen is indispensable to a Revolution. But a republic needs sobriety to which Jefferson, at least when writing, was not always prone.

Many of his enduring words, especially those that adulate reason, ultimately helped inform the canons of Progressivism. That is not to impute the whole of Progressivism to Jefferson. Such would be absurd, and it is likelier that Progressivism and Jefferson share the same influences deeper in the Enlightenment than that Jefferson is a first mover.

But he was an important influence, and an indigenous one.  Progressives like Wilson arguably used unbounded reason to work out the logic of Jefferson’s confidence in unbounded reason. The results indicate that bounds are useful.

The Constitution’s Design for Promoting Civic Virtue: Part I

While there are many strong pedagogical reasons for homeschooling, protecting children from the ideology of the system is, itself, a good reason.

The Times editorial board seeks to reorder American life along certain lines supposedly more in keeping with democracy and material equality.