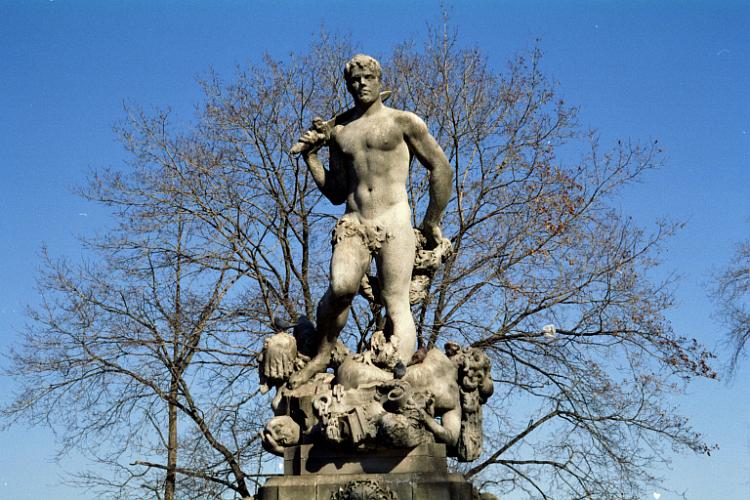 It appears that this statue, entitled “Civic Virtue, from the 1920s that once graced various public spaces is now bound for a private cemetary.  According to the Times, “the immense statue . .  featured a naked, hulking man representing virtue, standing atop nude female figures, representing vice.”  Defenders of the statue view the females as sirens.  I don’t really have an opinion about the merits of the statue, but the ironies here abound.  First, conservatives are often thought to ignore wider questions of principle and context when evaluating art that has a message that offends them, but it is liberals and feminists that are arguably doing this by seeing the sirens as merely representing women.  Second, the spokesman for moving the statue from public land on the grounds that it insults woman is none other than Anthony Weiner.  See this clip.  Hilarious.

The Crown Must Win

In The Crown, the ideology of autonomy and endless emancipation, one that has shaped the post 1968 imagination, stands under judgment.