This week brought the stunning news that Russia has deployed technology that records every phone call made in the United States, keeps it for 30 days, and retrieves segments for listening and long-term storage.

Not really. But the United States has done precisely this to telephone users in an unknown target country. Leaked documents indicate “every single” call there was recorded—not merely metadata that tracks numbers called, but the actual content of conversations.

Consider that inversion a political Rorschach test. There is a breed of American elite whose mood, upon reaching the end of the second paragraph, would instantly melt from outrage to relief. That breed lacks the political virtue par excellence—prudence—and it is getting us into trouble. 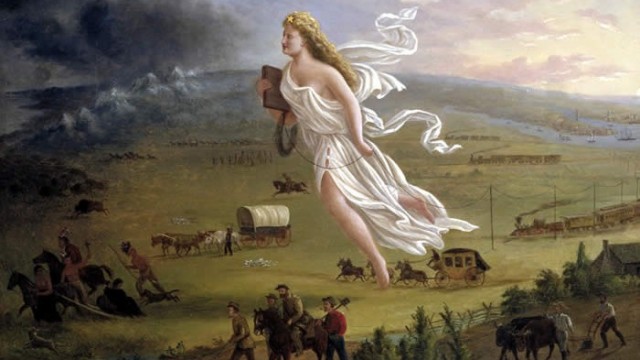 The utter failure of empathy in American foreign policy is a symptom of the narcissism that lately masquerades as American exceptionalism. Narcissists interpret the world in their own image and cannot see it through the eyes of others. Can we?

Can we for a moment see how Americans would react to the news that a foreign government was taping our personal calls, storing them for a month, and listening in? Can we, similarly, see how it looks when we sidestep international law in our anti-terror efforts, then invoke it when Vladimir Putin moves into Crimea?

The answer, evidently, is no. The defense is the classic “Weekend Update”catch phrase from Saturday Night Live elevated to national policy: “I’m Chevy Chase and you’re not.” Which is more or less what we want the world to accept: We’re America and you’re not. Special power, special privileges.

To be sure, to say that empathy is a necessary ingredient of foreign policy is not to say it ought to be a controlling one. America is certainly entitled to a robust defense of particular borders, particular allies, and a particular political tradition. But precisely because we want others to respect us, we ought to get into the habit of respecting others—not merely out of sentiment but out of self-interest.

Our nation has been known to stand for—indeed, be proof of—the supposition that ideas matter. A crass realpolitik that demands of every nation only that it act in its own immediate interest is one such idea, and if we practice it by our actions, we ought to expect it to propagate. By contrast, a defense of certain principles that, crucially, restrains our own conduct might place us in a better position to restrain others.

That is no substitute, of course, for the force or deterrent power of arms where arms are appropriate and effective. Pollyanna might have believed the world would align behind enlightened principles if only a superpower did first; a statesman cannot. But neither can a statesman deny the fact that the world will certainly align behind crass principles if a superpower legitimates that practice.

The underlying problem is the disordering of our own thinking by the derangement of American exceptionalism, as Justin Litke has brilliantly shown, from its initial roots as an exemplary doctrine to an expansionist one. That the flag of conservatism, a philosophy of prudence, has been unfurled over this new creed only disfigures the initial one all the more. John Winthrop, from whose writings exceptionalism has been wrenched and distorted, indeed said God had special plans for America. He meant not that we had special privileges but that we faced special punishments for moral failure.

Reinhold Niebuhr understood our situation—burdened by leadership yet beset by limitation—in terms of irony. We might do the same. The lesson he drew in the midst of the Cold War was not isolation or retrenchment but rather prudence. And surely prudence counsels against the newly revealed NSA program in a thousand ways—against the ocean of data that must overwhelm the analysts exploring it, against the legitimation of similar techniques by others, against the damage that must accrue to our greatest national asset: a reputation as a beacon of freedom.

In any case, empathy, the capacity to see the world through others’ eyes—to ask how a given action will be seen, felt, perceived—is not to be dismissed as a feeble emotion that has no place in the rough-and-tumble of affairs of state. It is a practical skill. Narcissism distorts it. Prudence, the queen of political virtues, might still be able to reclaim it.

Manipulating the U.S. Intelligence Community Shouldn’t Be This Easy

The U.S. Intelligence Community consistently fails at quality control, and this opens it to manipulation.