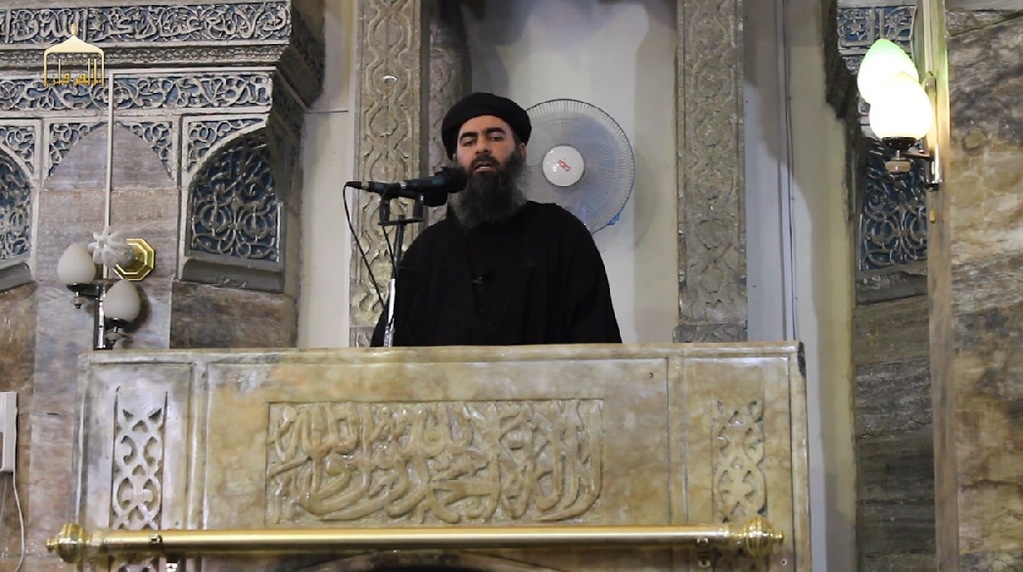 The U.S. government, along with mainstream commentators Left and Right, debate how to meet what they deem to be the growing threat to America posed by the Sunni fighters who last month declared themselves to be “the Islamic State” and their leader, one Abu Bakr al Baghdadi, as the caliph—secular and religious leader—of all Muslims. This reaction mirrors the group’s ignorant evaluation of its own importance. In fact, jumping the gun on the caliphate is likely to diminish its standing within the Muslim world, never mind vis a vis the West.

These fighters, who had come from all over the Muslim world to bolster Syrian and Iraqi Sunnis fighting for the Sunni cause in Syria, had established control over the Sunni-populated northeastern end of that country. Stymied in their effort to take the rest, they flowed naturally across the artificial border into Iraq’s Sunni area. The locals welcomed them. They conquered quickly. The name they had claimed for themselves did reflect a certain reality: the area they controlled was poor but friendly. No state had power or interest enough to dislodge them. If the group’s patrons in the Gulf and in Turkey could be persuaded to keep up a modest level of support, this new Sunni-stan was set to become a permanent feature of international life.

But then, as so often happens, ideology and hubris led to a massive overreach. By claiming the caliphate, Mr. Abu Bakr and company lost its few influential friends and gained countless powerful enemies. First they vowed to “clean out” the Shia holy cities of Karbala and Najaf in emulation of the Wahhabi massacres of 1801, thus ensuring that Iraq’s Shia masses would storm against them with Iranian support and push them back to Sunni strongholds. Then they announced: “The legality of all emirates, groups, states, and organizations, becomes null by the expansion of the caliph’s authority and arrival of its troops to their areas.”

This made every powerful person in the Sunni world into an enemy, and it overshadows in importance the group’s fulminations against the West. Then again, America’s possible reactions are impotent.

It is entirely possible that some of the terrorists within the Islamic State might strike America. But, in this regard, it is no different from any other Muslim country nor indeed from any number of Muslim communities in the West itself. None of the options being debated for U.S. action against the Islamic State would destroy it or safeguard us from its worst elements, any more than anything we have done vis a vis the Muslim world has done us any good.

Consider: providing intelligence assistance to the Iraqi government, even U.S. air strikes in support of pushing back the Islamic State, even combined with the more powerful offensives being readied by Iraqi Shiites with Iranian help—these measures can do no more than adjust the Islamic State’s eastern borders. The “carefully vetted” anti-Assad Sunni fighters in Syria for whom President Obama has asked Congress to provide $500 million might, at most, adjust those borders in the west. In short, the Iraq and Syria that have been on the world’s map since WWI are gone forever and the Islamic State is here to stay.

Consider: What would the U.S. government do to the Islamic State were some of its fighters to attack America? Would it do anything different than what it did to Saudi Arabia, Egypt, Bahrain or Qatar after 9/11? Or perhaps our government would send 100,000 troops and spend a couple of trillion dollars to “nation build” it? Would it take such effective measures as it has taken to protect Americans against radicalized Muslims within U.S. borders?

While 9/11 may have been organized from Afghanistan, the terrorists who actually led and perpetrated that act of war came from such “U.S. allies” as Egypt and Saudi Arabia, while the money came from two other putative allies, Bahrain and Qatar. Moreover, according to the 9/11 Commission, the Saudi embassy contributed to the terrorists’ infrastructure within the United States. Of course, the Boston Marathon bombers were radicalized right on our soil.

In short, the current official and officious discussions about how to deal with the Islamic State are irrelevant to how terrorists attack America. (Indeed our dozen-year War on Terror has proved irrelevant to the problem, but that is a bigger topic.) It seems, then, that these discussions are all about appearing to be doing something about a problem as a way of avoiding dealing with it decisively.

Fortunately for us, the Islamic State is sure to have its hands full dealing with the rest of the Muslim world. All Muslim countries, ruled as they are by despots of one kind or another, suffer from a lack of legitimacy. Within each and all, any number of disaffected young men are potentially easy converts to the sermon that the rich and powerful among them are not ruling in accordance with Islamic law. All of the rich and powerful in that part of the world now have to fear that someone around them will take the self-proclaimed caliph’s words seriously. This fear is real, lively, and demands response.

Is Originalism the Law?: The Basis of Nonoriginalism

Sect and Power in Syria and Iraq