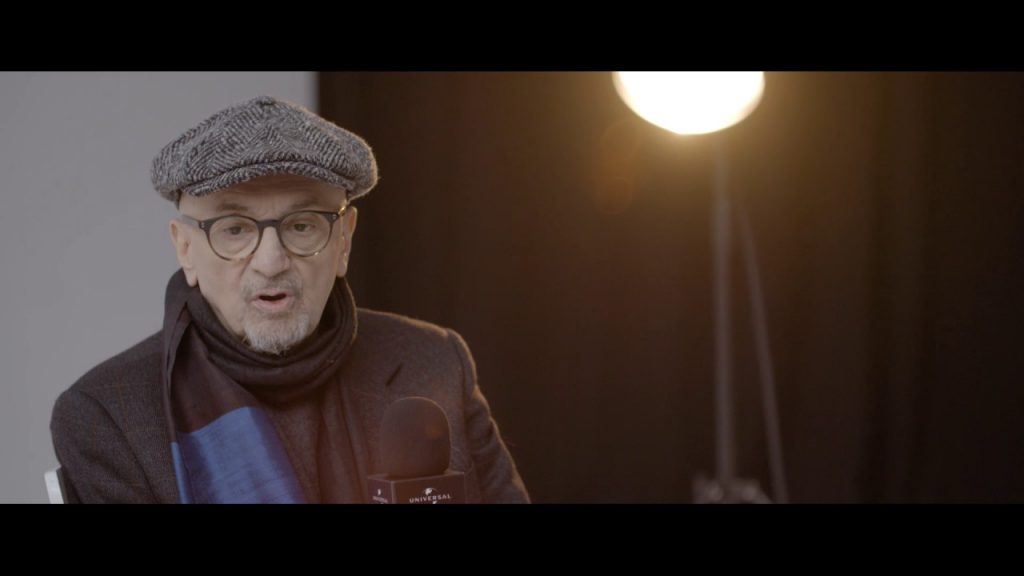 One of the most inspiring yet least known stories of resistance to communism during the Cold War is that of Poland’s Tomasz Stańko. Stańko, 74, is a jazz trumpeter whose beautiful, minimalistic and meditative style of playing is considered by many to be one of the great treasures of modern music. His new release, December Avenue, is a strong effort in what has been a remarkable series of albums over the last 15 years for the great German jazz label ECM.

December Avenue is enjoyable on its own simply as a sublime record, but it takes on a dimension of historical importance in the context of Poland’s fight against totalitarianism. Jazz in Poland  goes back to 1923, when the country’s first jazz band was formed. The music was outlawed when the country was conquered by the Nazis during the Second World War, and fared no better after their defeat. In 1945, three years after Stańko was born, the Soviet Union annexed most of the territories it had invaded in 1939, and Stalin banned jazz, which only existed in clandestine concerts in Warsaw’s catacombs. The ban was lifted after the dictator’s death in 1953, by which time, as jazz historian Stuart Nicholson has noted, “jazz musicians were already an informal party of opposition, making common cause with painters, writers, poets, playwrights and filmmakers.”

The trumpeter was born in 1942 in the city of Rzeszów, in southeastern Poland. His father was a judge who doubled as a professional violinist. His mother was a librarian in a conservatory. Stańko began a formal classical training in music at age seven, learning piano and violin. As a teenager, he heard his first jazz played on Willis Conover’s Voice of America radio show. Conover’s broadcasts, a successor to the programs emitted by the Armed Forces Radio Service during the war, were an effort to expose those trapped behind the Iron Curtain to the best of high and popular culture in the West.

Political repression made it almost impossible for people living in the Soviet bloc countries to acquire anything Western. Stańko recalled the attempt to pursue one’s tastes and enthusiasms in a controlled society:

It was an adventure because it was hard to find records, but we were clever, we would always find a way. If someone was coming to Poland we would tell them what we wanted. And we would only get the best, of course.

In 1958, he went to see the jazz pianist Dave Brubeck perform as part of a concert series that the U.S. State Department sponsored, another public diplomacy campaign to showcase the freedom inherent in America’s indigenous art form. Brubeck, in a 1958 interview in Down Beat, described this famous tour: “Whenever there was a dictatorship in Europe, jazz was outlawed. And whenever freedom returned to those countries, the playing of jazz inevitably accompanied it.” In Poland, added the pianist, the word freedom “was in the mouths of everybody we had anything to do with.”

Stańko agrees. “The message was freedom,” he recalled in a New York Times interview in 2006. “For me, as a Polish who was living in Communist country, jazz was synonym of Western culture, of freedom, of this different style of life.”

More than pop music, jazz is distinctive as an expression of freedom. The music allows for improvisation, allowing each musician to play whatever he wants in the moment, reflecting his mood, skill, personality, politics, passion—even anger or apathy. Live jazz is different every single night, an open-ended expression of the human spirit, albeit one guided by the demands of musical ability. Jazz fans love free expression but, one hastens to add, only if it’s coming from someone who is so in command of his instrument that he can let his imagination soar. This makes it in many ways the epitome of a nation at its best when pursuing, not license, but ordered liberty. It’s no mistake that jazz was born in America.

Stańko formed his first band, the Jazz Darlings, in 1962. He has been a working musician ever since, far outlasting the collapse of communism and dividing his time between Poland and New York. While able to play various forms of jazz—free, simple swing, bebop—Stańko has a particular debt to Miles Davis. “I liked that he don’t play too much, his control of the band, the contrast between him and sax players,” he said of Davis. Sometimes called “poise” or “tone-poem” jazz, Stańko’s playing is not about a cascade of notes but rather letting a simple few notes powerfully played, and at the right time, create an effect of soulful contemplation. His breakthrough came with his 2002 album Soul of Things, considered by many to be his  masterpiece.

Here was music of great control, yet paradoxically great freedom; each musician carefully working out his role in shaping the ultimate destiny of the music. Stańko’s haunting trumpet moved with great ease within the compositional forms, shaded by the subtle interaction of piano, bass and drums in the microscopic corners of each song. Here were four independent lines interlocking with a string quartet’s sense of purpose, moving the music forward in a series of collective sighs before pausing and moving on; the musical challenges were unique, the concentration exhausting.

December Avenue is another wonderful effort. Stańko now plays with a group he calls the New York Quartet: Cuban pianist David Virelles, drummer Gerald Cleaver, and new addition Reuben Rogers on bass. As on the other recent releases, the music is gorgeous and stately, yet also sensual, swinging and fun. The interplay between musicians is at once expert and intuitive. Highlights include the atmospheric and contemplative opening song “Cloud,” the up-tempo “Burning Hot,” and the lovely closer “Young Girl in Flower.” The usual Miles Davis influence can be heard here, but also, as with most of Stańko’s other releases, snatches of Polish folk melodies. It is beautiful music that speaks to the deepest human need for beauty and freedom. The communists could not compete with that.

Death and Deterrence: Efficacy Is Not All

The Problem with Paris: an Alternative Reading of Pawlikowski’s Cold War

Zula’s and Wiktor’s story is fundamentally tragic as opposed to merely “tempestuous.”

Martha Bayles Responds to “Instead, We Played Music”