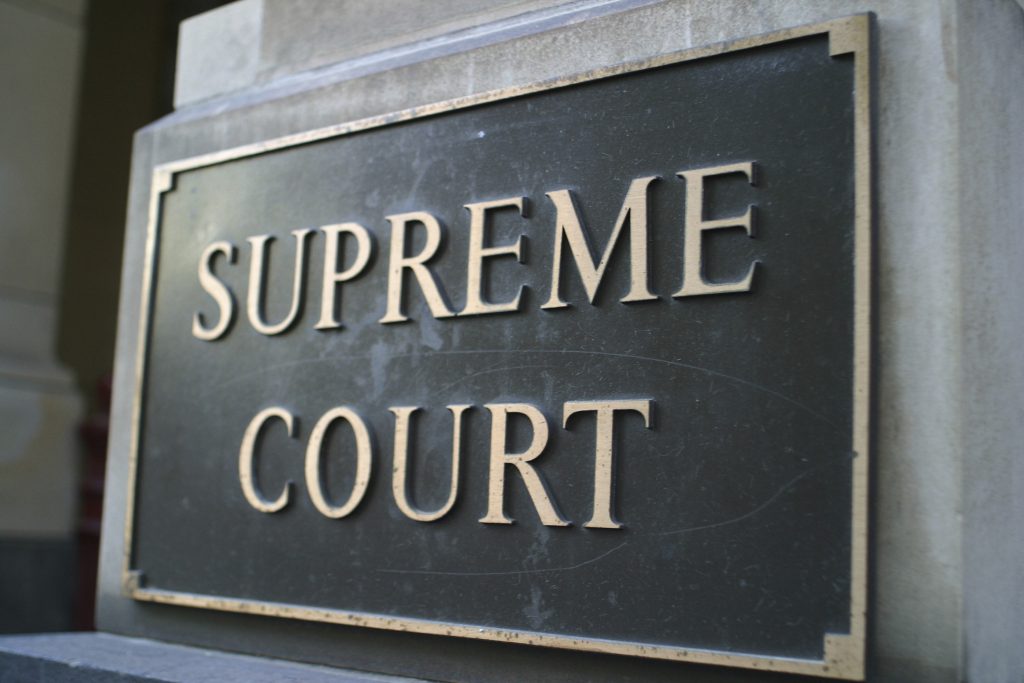 Yesterday the Supreme Court refused to stay the lower court decision requiring recognition of same-sex marriages in Alabama. Commentators have already suggested that this refusal shows that it will decide in favor of the right when it hears and decides the case later this term.

In my view, the more interesting lens through which to view the order is the Supreme Court’s strategic manipulation of judicial process to give momentum to same-sex marriage. This momentum helps make its ultimate decision seem like a fait accompli and thus less likely to cause political backlash.  The first step in this strategy was Justice Kennedy’s opinion in United States v. Windsor  that had a strategic ambiguity as a matter of doctrine: whether its holding on the constitutionality of the Defense of Marriage Act (DOMA) was based on federalism or substantive rights was unclear. But the opinion did convey the clear implication that the decision to have a single federal rule on the issue was driven by animus against homosexuals. These statements made lower court judges fearful of seeming like bigots, if they rule against constitutional challenges to state laws.

When these courts ruled in favor of the challenges, after a time the Court began to refuse to stay their decisions or accept petitions from the states to overturn them.  These lower court decisions then created more facts on the ground and yet more momentum for a Supreme Court decision in favor of same sex marriage on the merits.  It is obviously harder for the Supreme Court to make a decision that would take away a right that had already vested. And even if the Court decided to act only prospectively, it is harder to deny a right to the couples in Court’s case, when similarly situated couples would retain the advantage of it.

When the Sixth Circuit Court of Appeals decided against the right to same sex marriage, the Court then took the case to resolve the circuit split. But even so, yesterday it refused to stay the decision in Alabama until it rendered judgment on the merits of the issue.. As Justice Clarence Thomas wrote in dissenting from the refusal to grant the stay, it is in general the practice of the Court to stay decisions against the constitutionality of a state law. Moreover, Alabama had a stronger case than usual for preserving the status quo, as the Court had already committed to resolve the issue in short order. But staying this decision would not be in keeping with the strategy the majority of the Court has pursued since Windsor: using its motion practice to create more momentum to support the decision it will make.

Alexander Bickel famously celebrated the Supreme Court’s passive virtues—a refusal to rule on an issue if it thought that the political processes could make intervention unnecessary. As he wrote in a Foreword to the Harvard Law Review, “The point is that the job of the Court, even in a perfectly real, concrete, and fully developed controversy, is not to resolve issues on which the political processes are in deadlock, but to do what it can to break that deadlock, so that the political institutions may make their decision before the Court is required to pass judgment on its validity.”

The passive virtues can be criticized as a departure from the rule of law, because the Court must manipulate the law for the pragmatic purpose of promoting judicial restraint. No one could accuse our current Supreme Court of that latter objective. Instead it is manipulating the judicial process to avoid criticism and backlash from political institutions for a decision which it has likely already made, but which it will announce in the time and manner best suited to maximize own institutional advantage.

What Robert Bork Learned from Judicial Activism, Right and Left