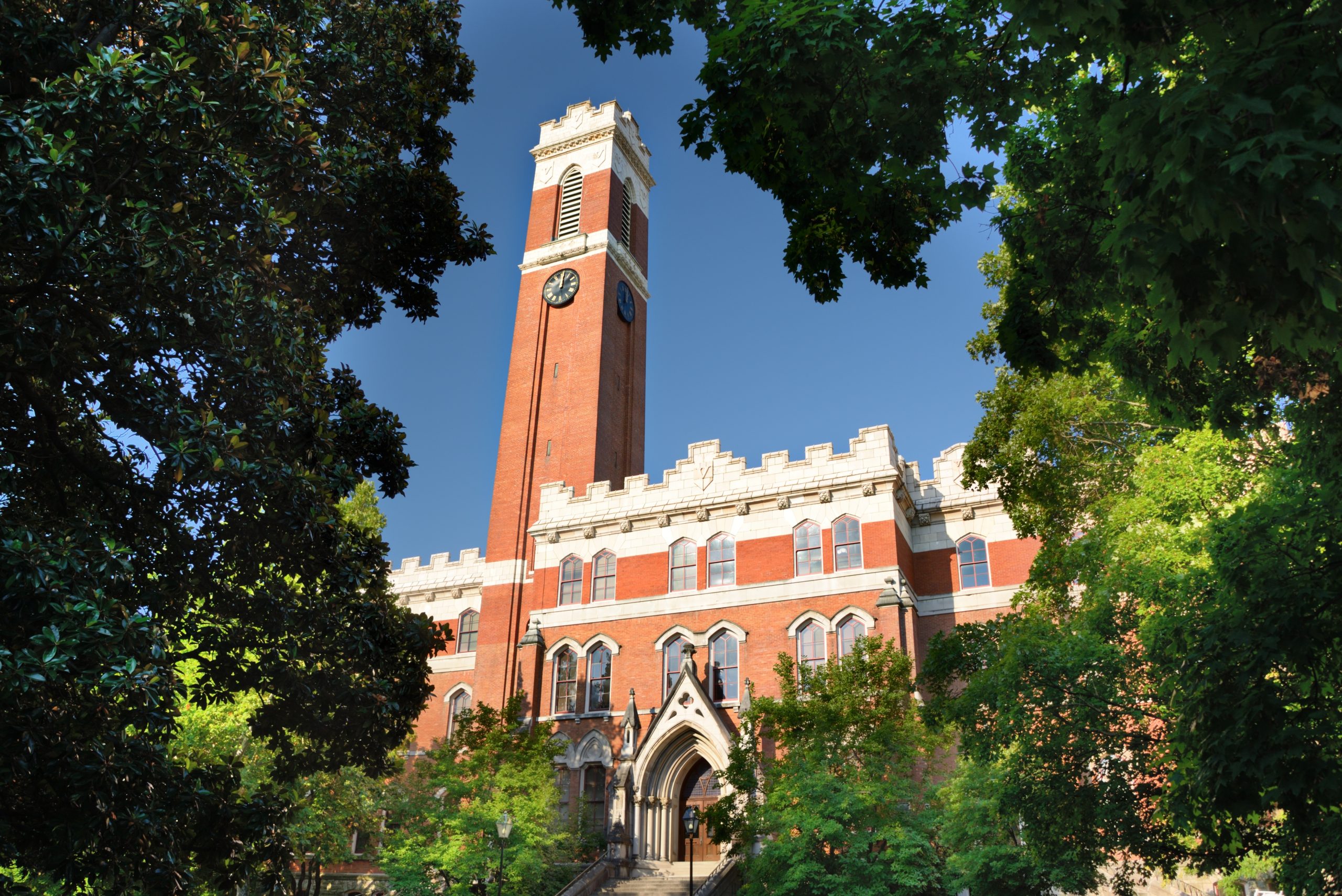 The recent decision by the California State University system to enforce its “all comers” policy against religious groups on its 23 campuses is the latest in a disturbing and (at least in some cases) unprincipled effort to rid colleges and universities of conservative religious groups with creedal faith statements.

The Supreme Court bears much of the blame. In its 2010 decision in Christian Legal Society v. Martinez, the Court unwisely upheld the nondiscrimination policy of the Hastings College of the Law, a public law school in San Francisco. Its “all comers” policy is that student groups must admit as members and even leaders any student who wants to participate. The Republican club must accept Democrats. The pro-choice club must accept pro-lifers. The Jewish club must accept Christians.

Emboldened by the Court’s embrace of the “all comers” logic in Martinez, other campuses have followed suit. Among the most prominent are Vanderbilt, Bowdoin, and now the Cal State system, with some 450,000 students.

Anyone not familiar with the problems associated with “all comers” policies should watch the short video, “Exiled from Vanderbilt,” produced by the Foundation for Individual Rights in Education. The video features strong critiques from Vanderbilt law professor Carol Swain, country music star Larry Gatlin, and author Jonathan Rauch. The trio includes a gay man and an African American woman.

We might ask what exactly is gained by enforcing these policies. One possible rationale is concern for equal citizenship and equal opportunity. But we might wonder whether requiring all comers to be accepted furthers these important goals. We might reasonably ask whether exclusion from student religious groups could lead to political, economic, or social harms akin to those addressed by civil rights legislation. Such harms are certainly possible.

I have argued that anti-discrimination laws might justifiably limit the autonomy of private groups when exclusion from membership meaningfully curtails access to broader social or economic participation. For example, if membership in religious student groups were a prerequisite to the most desirable post-graduation jobs, then “all comers” policies might well be justified. But in making such assessments, universities—and courts—should focus on genuine impediments to power and resources. A better remedy might be encouraging a diversity of groups so that every student can find a community who shares his or her beliefs, rather than forcing existing groups to change.

In fact, it may well be the case that Cal State’s enforcement of the “all comers” policy against religious student groups undercuts some efforts toward equality. InterVarsity Christian Fellowship reports that many of its students affected by the Cal State policy are students of color.  It is not implausible to think that these students find acceptance and solidarity in groups that help them navigate life at college. Those support structures are no small thing on campuses. And now a sizeable number of groups that provided those structures are no longer welcome.

Would college students really have greater equality of opportunity and equality of citizenship if they were able to join and lead groups whose creedal views differ from their own? Would the gains offset the costs to those (including many students of color) who find deep value in those groups? That seems unlikely. But we will never know.

The perverse genius of the “all comers” policy is that it operates much like a classic prior restraint. It requires student groups to pledge allegiance to “all comers” as a condition of entry into the university’s public forum. As a practical matter, most groups will have little problem with such a policy. Most can generally agree to open membership policies because their membership largely self-selects, and nothing in their organizational documents is in tension with “all comers.” But as Tish Harrison Warren explains so well, creedal faith groups are different.  Because these groups will be unwilling to alter their longstanding theological commitments, the policy ensures that their views and beliefs will be excluded from the pluralistic environment of the university.

And, of course, college and university administrators know it. They know full well that local chapters of national organizations like InterVarsity will not be able to sign statements that embrace a liberal orthodoxy of openness at the cost of theological integrity.

Most progressive religious groups will not encounter similar theological hurdles. They will take the “all comers” pledge, and they will remain in the good graces of campus administrators.  Those groups may well be tapped in litigation and policy discussions to show that “all comers” is not a religious liberty issue or a genuine threat to pluralism.

But of course it is. To understand the fundamental logic more clearly, consider the language of two recent federal appellate opinions. In Truth v. Kent (2008), the Ninth Circuit concluded that a high school Bible club violated a school district’s nondiscrimination policies because the club’s requirement that its members “possess a ‘true desire to . . . grow in a relationship with Jesus Christ’ inherently excludes non-Christians.” In Alpha Delta v. Reed (2011), the same court suggested that a public university might deny official recognition to Christian student groups that limit “their members and officers [to those who] profess a specific religious belief, namely, Christianity.” This is where we are headed, and it should be worrisome to people of all faiths and people of no faith.

“All comers,” which purports to be driven by principle, has shown itself to be unprincipled in practice. This is less evident at Hastings College of the Law or Bowdoin College, neither of which have fraternities or sororities. But what do university administrators do in settings where certain groups (and certain alumni bases) are too important to uproot with “all comers”? The answer at Vanderbilt and Cal State, at least, is to grant those groups exemptions. The Cal State policy permits fraternities and sororities to maintain gender limitations in their membership. Vanderbilt’s policy exempts from the logic of “all comers” not only fraternities and sororities, but also singing groups and honor societies. (And let’s be honest: many fraternities and sororities limit their membership for all kinds of reasons beyond gender, including popularity and physical appearance. Most other student groups, like religious student groups, do not make such distinctions.)

As a private university, Vanderbilt is within its rights to trumpet its lack of principle. Cal State, as a governmental actor, is subject to the constraints of the First Amendment. It may be that Cal State’s exemptions will make its policy vulnerable to a free exercise challenge by student religious groups in spite of Martinez and even under the attenuated free exercise framework established by the Court’s 1990 decision in Employment Division v. Smith. (A roadmap for that argument can be found in this 2012 amicus brief from an unrelated case.)

In the context of public colleges and universities like Cal State, one of the fundamental problems with forcing groups to admit all comers is that it infringes on constitutional protections that the private groups of civil society have a right to enjoy. These important protections, rooted in the First Amendment’s right of assembly and the judicially recognized right of association, have shielded diverse groups against majoritarian norms throughout our nation’s history.

The beneficiaries have included gay student groups, which were vital to the early gay rights movement. In a 1974 decision, the First Circuit rightly sided with a gay student group against the University of New Hampshire’s efforts to shut it down. As the organization Gays and Lesbians for Individual Liberty argued in an amicus brief filed on behalf of the Christian group in Martinez, “In an earlier era, public universities frequently attempted to bar gay rights groups from recognized student organization status on account of their supposed encouragement of what was then illegal behavior. The courts made short shrift of those policies.” Law professor Dale Carpenter has observed that “the rise of gay equality and public visibility coincided—not coincidentally, however—with the rise of vigorous protection for First Amendment freedom, especially the freedom of association.”

Finally, it is worth emphasizing that the “all comers” cases are more about access than they are about money. In this regard, it is useful to highlight with some precision the facts underlying Martinez. Hastings required all student groups to inform third parties that they were not sponsored by the school. When it denied recognition to the Christian Legal Society, Hastings withdrew modest funding ($250 for travel funds). But more significantly, it denied the group the opportunity to send mass emails to the student body; to participate in the annual student organizations fair; and to reserve meeting spaces on campus.These activities do not amount to sponsorship or state support. They are means of participation in the free exchange of ideas.

As the Supreme Court noted in its 1972 decision in Healy v. James:

If an organization is to remain a viable entity in a campus community in which new students enter on a regular basis, it must possess the means of communicating with these students. Moreover, the organization’s ability to participate in the intellectual give and take of campus debate, and to pursue its stated purposes, is limited by the denial of access to the customary media for communicating with the administration, faculty members, and other students.  Such impediments cannot be viewed as insubstantial.

The Court also emphasized that “the college classroom, with its surrounding environs, is peculiarly the ‘marketplace of ideas.’ ” A generation later, in its 1995 decision in Rosenberger v. University of Virginia, the Court reinforced these same principles:

Student life in its many dimensions includes the necessity of wide-ranging speech and inquiry and that student expression is an integral part of the University’s educational mission.

The “all comers” logic tramples on these principles. It ignores a commonsense recognition that the university ought to be about inquiry, not orthodoxy. That is a loss for the university, and a loss for us all.

John Inazu’s essay is adapted from invited testimony submitted to the United States Commission on Civil Rights on March 18, 2013.

Bolivar with a Burr

Cultural and political trends make the position of traditional believers increasingly precarious, and these trends inevitably manifest themselves in our law.