For those paying attention to the debate over the Common Core education standards (CC), dissent seems to be rising and is moving school board-by-school board, state-by-state, and legislature-by-legislature (link no longer available). This is unsurprising, and, I think, warranted given the opaque process that brought the Common Core standards to your child’s classroom. This can be contrasted with the adoption of state standards like the Massachusetts’s ones—long considered the toughest and most productive—that were adopted in the early 90’s after much public debate and revision, with input from a number of sources. The CC was designed as a nationalized curriculum, literally generated by “experts,” sans public comment and revision, and accepted by the states under the well-worn bargain of cooperative federalism contained in Obama’s Race to the Top education program.

I don’t deny, as Ramesh Ponnuru recently noted, that some of the CC opposition is wrongly-stated and traffics in conspiratorial accusations. However, as Ponnuru concludes, the movement to a nationalized curriculum after the failure of No Child Left Behind is alone enough to raise anyone’s concern. Certain commentators like Sol Stern make an honest point that the CC can be seen as a conservative education reform initiative arising out of E.D. Hirsch’s Core Knowledge project. The focus is on content, rigor, tests; and that means, finally, children will learn across the board in any state and classroom. No more hiding out by deficient schools and teachers from their duties. Of course, we’ll see what their unions do as this implementation process unfolds, assuming that it does.

Others have noted that the first round of comprehensive CC testing at the high school level will be contingent on every teacher in the grade ladder process having followed the CC standards and chosen curriculum to a fare-thee-well. I won’t hold my breath. If they don’t, the results might be brutal, particularly for minority students, some have said. If the CC continues to move forward, how likely is it that the latter set of results will follow as opposed to competent local management of a one-size template? 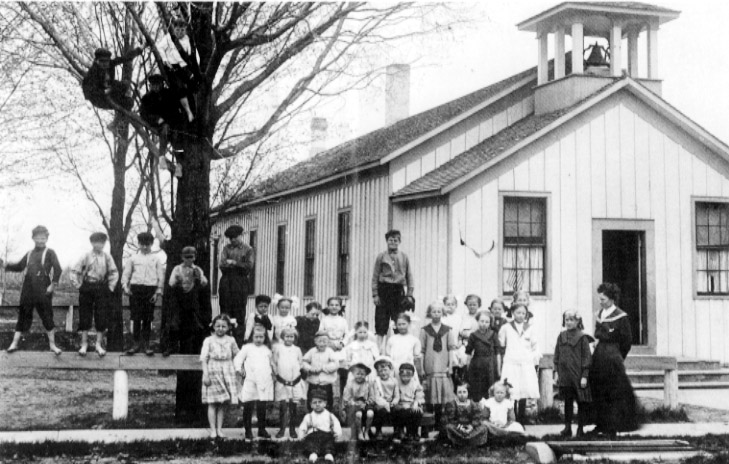 My concerns, however, go beyond the details of the CC curriculum standards. Patrick Deneen’s illuminating address delivered at a recent conference on the CC focuses on the relationship between education and civilization. He rightfully states that “if you want to know the commitments of a civilization, look at what it aims to teach its young. If one of the main marks of a civilization is its effort to perpetuate itself over successive generations, then its deepest and ultimate cares will be reflected in its educational commitments.” Indeed, and when we consider the traditional American approaches, there are clearly common threads reflecting our republic’s cherished civic beliefs and practices:

Those commitments have historically been reflected in the belief that education—like many things, including civic voluntarism, military self-defense, and self-government itself—is best achieved locally, with the first-hand, immediate, and direct commitment of time, energy, and treasure by local people in their local communities. This practice was born of an explicit rejection of centralized and distant authority attempting to rule from afar in ways that took no cognizance of local circumstance and sought to replace the will of the people in their particular places with the will of a distant sovereign. The American “system” of education, for much of its history, consisted of local governance of educational institutions, high-levels of voluntarism by parents and members of local communities, and a rich diversity of public and private institutions that aimed to offer to families the kind of education that each saw fit for their children.

So republican self-rule has been the background of American education, one that acknowledges a wide array of pedagogical approaches. Again, Deneen, “Because humans in their social and political communities are various, it was understood by our Founders that the way that these educational purposes to be achieved would be various, and so the commitment to local control of education was not born of a resignation in the absence of a strong central government, but a positive embrace of variety and multiplicity.” But the CC is firmly situated within and designed to advance what has become the dominant contemporary approach to education in America; that is, a utilitarian mindset that per the CC standards will make every student college and career ready. Not considered is education as character development and self-culture, or even the idea that we learn for no other end but “the seeking of knowledge for its own sake.” Accumulate facts and be able to manipulate them on command is the means and end of education in the CC ethos.

Deneen’s opening observation that a civilization is revealed by what it teaches its young is duly noted. So the CC debate, even more than Obamacare or entitlement reform, reveals this country to itself in a powerful way. If we accept the CC, entrench it nationally, do we not evince support for the proposition the education is solely for the relief of man’s estate, defined by a materialist measure of serving man’s desires? Even more, is there something that we are committed to in the use of our freedom to learn that transcends what Leo Strauss refers to “as the joyless quest for joy”? If not, then what, exactly, is the trust responsibility we have to rising generations regarding their self-understanding of the country they have been born into and the requirements it places upon them in order to flourish? In a provocative final cut, Deneen’s remarks are uncomfortably truthy:

[W]e condemn ourselves, betraying our ancient faith in our own ability to educate and cultivate our young, handing over our final and most basic liberty to a distant power. Contained in the very act of handing over the education of our young is the self-indictment of a decaying Republic, a future feared by, among others, Tocqueville, as a possible path that America might take, since it is one that all republics heretofore have taken, and is an inevitability once a people has lost the taste and the art of ruling themselves.

Amidst the widespread praise of Paul Ryan’s recently announced anti-poverty reforms it appears some criticism is overdue.