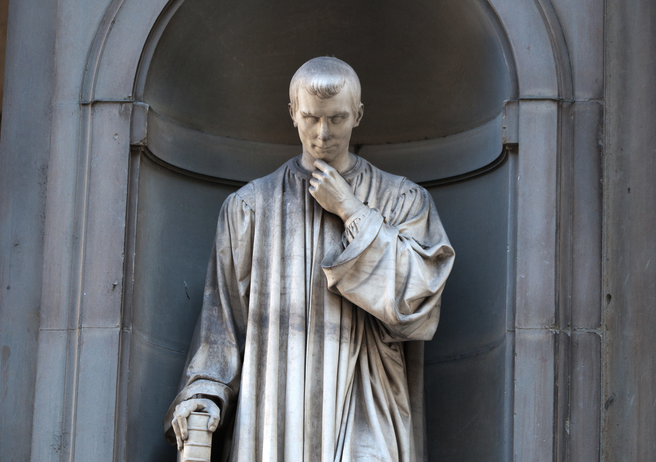 Richard Reinsch’s post “Return to the Barbaric” leads me to think that there is indeed something different about the use of the executive power in the Obama Administration, though FDR set a new model–closing the banks and barring people from access to their savings, on the strength of nothing but the Trading with the Enemy Act of 1917. FDR also traded destroyers for naval bases, when his Attorney General, Robert Jackson, told him that those destroyers were not his property to sell or trade.  But as Reinsch and others have said, cashiering the president of GM, rewriting the law on Obamacare, and these other moves–they put this flexing of the Executive power on an entirely different plane.  He is indeed detaching himself now from the “structure” of the Constitution, with not even a faint connection to anything in the statutes.

What is striking is that it took President Obama to bring out a certain flaw lurking in the logic of the Madisonian system:  that the very things that form the “discipline of constitutionalism”–e.g, the difficulty of putting together a coalition to pass a bill–are the things that make it hard for Congress to act for the purpose of resisting a President who is grossly exceeding his powers.   And it’s curious that the Founders never anticipated the way that the party system would alter this constitutional arrangement:  During the Civil War the Republican governors became active in raising troops and overcoming the divisions of federalism in responding to the needs of Washington.  They managed to bring resources to bear, across the boundaries of the States, in a coordinated purpose of saving the national government. Washington itself was not secured until Governor Andrews got the Massachusetts 6th Regiment down there, after fighting their way past the thugs in Baltimore. When they finally landed, Lincoln said “You are the only real thing.” But now, a President abusing his authority can count on a large chunk of votes in the Congress to support him–the ties of party will rise, for them, above anything they share with people across the aisle as “members of Congress.”  The incentive to act for “institutional interests” will be undercut.   My reflexes are to oppose litigation here; for Congress should not be a mere litigant, inviting the Court to take on a position of primacy among the three branches. And yet it becomes more and more plausible that the Court can be invited in to police the separation of powers, in the way that Justice Scalia thought it could indeed become engaged in the case of the Independent Counsel (Morrison v. Olson).

In preparing for an upcoming meeting on the work of Harvey Mansfield, I find the curious thing (which I haven’t heard mentioned) is that Obama has given us the most precise example of the Machiavellian Executive–the one who knows that the law cannot do what it claims to do when it purportedly lays down universal rules. This Executive works by laying hands on particular persons and giving them the whip or sting of the law.  Those invested with this form of executive power know that their real power has little to do with statutes, but everything to do with their daring and decisiveness.

Administrative Law Judges and the Constitution

Administrative law judges threaten the separation of powers, yet the alternatives available for changing the law are fraught with dangers.

The bureaucracy possesses the power to make law and dictate how its statutes should be interpreted - this flies in the face of the separation of powers.

The Constitutionalism of Caprice

Presidents come and go but so, as defenders of DACA ought also to know, do judges.