“Combining the unbridled tongue with the unready hand.” Thus did Theodore Roosevelt define statesmanship at its worst. This is what America’s bipartisan ruling class is giving us.

The Obama Administration tried buffering last week’s announcement that it is reducing the US Army’s size to below its levels of 1940 (when the world’s population was less than one third what it is today) by suggesting that it would concentrate on mastery of the sea and of space. 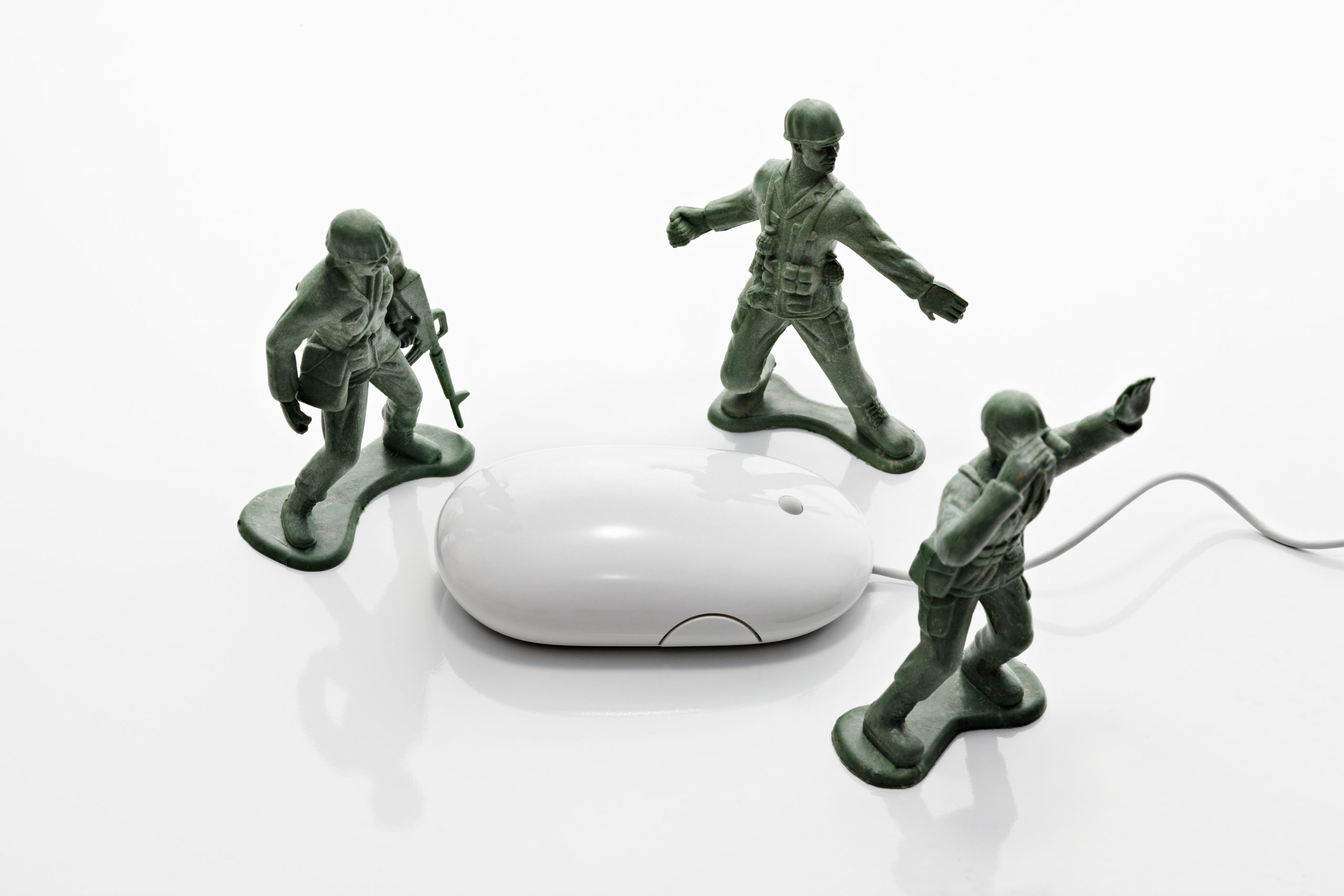 But the announcement’s not-so fine print envisaged cutting the number of US aircraft carriers, among other things. Like its predecessors, this administration is committed not to build the weapons that would let America secure orbital space for our own satellites and against ballistic missiles coming our way. As under its predecessors, this administration is devoting fewer and fewer dollars to weapons and to those who use them, while it diverts more and more to bureaucracy. Today, more than half of military personnel are behind desks.

The bottom line is that the United States of America has an increasingly hollow military. As politicians of both parties issue sonorous warnings and give inflammatory advice as if they were responsible for everything under the sun, American soldiers and sailors are spread around the globe, less feared and hence more hated, exposed to attacks against which they are less and less able to defend themselves. With ever less capacity to deal with the situations into which they are thrust, they are becoming symbols of American decline rather than of strength.

Consider East Asia, where the US Navy enforced America’s peace for three generations. Today America’s incapacity to deal with China’s (and its North Korean surrogate’s) assertion of power over the Western Pacific is the catalyst of rising Japanese militarism and of the rest of the region’s scramble for security. That incapacity is as political as it is military. While China is building a credible force of ballistic missiles, swarms of cruise missiles from sea and airborne platforms, as well as bottom-dwelling submarines to sink US Navy ships that come too close, our navy has shrunk in size, its pilots have less flight hours than their Chinese counterparts, and it lacks missile defenses. Moreover, the US government has been steady in its decision not to base its military position in the South China Sea on the unsinkable island of Taiwan. Too provocative.

But although the US preoccupation with not provoking China has not moderated Chinese military preparations, it surely has helped provoke the rebirth of Japanese militarism. Polls show that four fifths of Japanese view China as an enemy, but fewer than half have confidence in America’s help because they view America, correctly, as willing to sacrifice Japan’s interests to China’s.

We Americans have maintained our version of peace in the Western Pacific not in the interest of Japan or of anyone else, but in our own. Should we, upon deliberation, decide not to impede China’s assertion of power in the region, and to countenance whatever efforts (including nuclear ones) Japan will make to protect itself, it would make sense for us to withdraw our fleet from the region. Keeping it there without the military capacity or the political intention to maintain the Pax Americana would only get us into the middle of a war for stakes largely not our own and whose initial stages we would likely lose.

Something like that has happened before. A hundred years ago Theodore Roosevelt had warned Americans that, if we wanted peace in the Pacific, we should either withdraw from the Philippines or build a navy that Japan must respect. We did neither. Instead, US policy consisted of sonorous moral commitments to peace and good order, coupled with an increasingly hollow military: the unbridled tongue and the unready hand. The American people paid the price in blood.

Balancing ends and means has ever been the essence of practical wisdom in international affairs. Arguably the only sensible thing that President Obama has said regarding international affairs – whether he meant it is beside the point – is that America will not again engage in occupations. That was another of the excuses he gave for reducing the US Army. But if the US military will not be good for that bad purpose, for what will it be good? Certainly, Obama’s emphasis on “special forces” and “cyber security” will leave the US military incapable of dealing with serious adversaries, anywhere.

No matter. On Friday, February 28 Barack Obama told the world that the United States government is “deeply concerned” by “reports of military movements taken by the Russian Federation inside Ukraine.” He warned Russia not to interfere in Ukraine and threatened that if it does, “there will be costs.” Given the imbalance between this Administration’s tongue and its hand, Americans and Ukrainians have more to fear than does Vladimir Putin.

What Are the Engines of Progress?

Helen Dale reviews two new books that investigate the explosion of economic growth and what constitutes it.