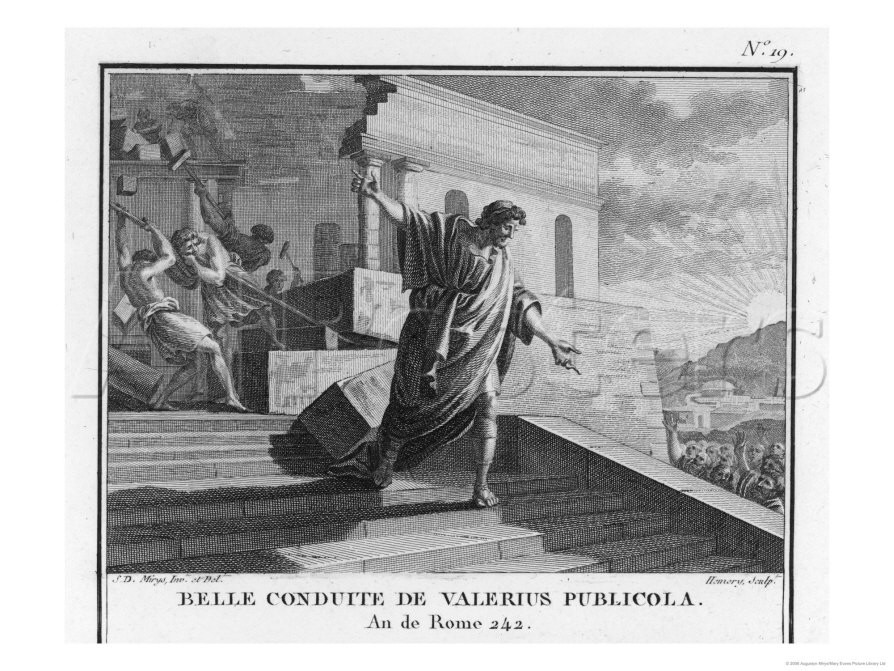 A recent Washington Post analysis accuses President Trump of acting like a “king” speaking to “peasants” as he wages “war” on constitutional checks on his power.

The reality is that recent weeks provide a remarkable vindication of Publius’ constitutional architecture with respect to the presidency. The President’s most consequential recent actions, such as withdrawing from the Paris climate accord, demonstrate the fleeting nature of executive unilateralism. His paramount frustrations, Congress’ failure quickly to repeal the Affordable Care Act foremost among them, illustrate the sluggish deliberativeness of the legislative branch. And the impressive bipartisan hearing featuring James Comey testifying about his firing, as well as the weeks of agenda-constraining controversy leading up to it, show the effectiveness of political checks on constitutional powers.

All this reveals the hysterics about “constitutional crisis” to be what they are: the Left’s version of “American carnage,” as panicked a reaction to Trump’s ascendancy as the “Flight 93 election” was to the seeming certainty that Trump would go down to defeat. These hysterics are accentuated by the fact that no such hands were wrung about constitutional checks when President Obama, wielding pen and phone, suspended provisions of the Affordable Care Act or immigration law and openly said he was doing so because Congress would not act as he wished.

Those of us worried about an overbearing presidency must acknowledge that Trump has succeeded in acting unilaterally only in reversing his predecessor’s unilateralism. Where he needs Congress—to repeal Obamacare, to build a border wall, to reform the tax code—his agenda is, despite Trump’s bizarre assertion to have “passed more legislation” than any President except FDR, badly knotted up. There have been notable exceptions, the nomination and confirmation of Justice Neil Gorsuch especially, as well as the uses of the Congressional Review Act. But as the Cornell Law School professor Josh Chafetz has recently noted, “the legislative branch is making its weight felt in the Trump era in a manner that, if it continues, bids fair to leave Trump with a reputation as an extraordinarily weak modern president.”

What is encouraging is that it suggests that a Congress controlled by Trump’s party can, beneath its serial apologia, assert itself when it comes to serious policy disagreements with the executive branch. One of the tests facing constitutionalism in this era is whether a Congress of President Trump’s party but not, in substantial ways, of his governing philosophy will act as an independent branch of government.

Publius’ architecture depends on its doing so. Ambition cannot be made to counteract ambition if the legislator’s only ambition is to defer to an executive of his party. Publius assumes Congress will assert Congress’ prerogatives because they are Congress’ prerogatives. The coordination of policy agendas by parties across branches has done irreversible  damage to that assumption, but a situation in which a single party controls both branches but is itself divided on policy provides a new test of it.

Are there not wispy but encouraging signs that Congress is performing passably? It is true, and not wholly encouraging, that the House leadership made representatives walk a pointless political plank on repealing Obamacare, but members in the end declined to comply. The question here is not whether Obamacare should be repealed. It is whether Congress should defer blindly to the President if it disagrees with him on the subject of repeal.

Congress has yet to enact other swaths of the Trump agenda, including the much controverted border wall. The reaction to the Comey firing, too, demonstrates the resilience of political checks on constitutional powers. Trump had his apologists on the Senate Select Committee on Intelligence last week, but not many. Senators of both parties earned broad applause.  Meanwhile, Republicans in Congress and Trump’s own underlings have subjected him to a special counsel and myriad investigations. Senator Chuck Grassley, an Iowa Republican, acted as a Senate institutionalist in rejecting the administration’s order to executive agencies to ignore oversight inquiries from Democrats. The President’s approval ratings are in a deep hole that is constraining his agenda, emboldening his critics, and forcing his congressional supporters  to demonstrate independence in advance of the midterm elections in 2018.

To be sure, some questions about the legislature’s self-assertion remain. One is whether the Senate will accede to the assertion by Attorney General Jeff Sessions of an entitlement to keep conversations between a Senate-confirmed official and the President confidential without actually invoking executive privilege. Most important, and here there is overweening reason for doubt, is whether Congress will stop delegating administrative authority to, and actually start positively reclaiming policymaking power from, the executive branch. With the President still occupying the pilot’s seat,  it is vastly premature to say the separation of powers has made a safe landing in general.

On the other hand, the problems of legislative self-assertion that remain result from departures from Publius’ Congress-centric regime, and even amid them, it is even more premature to say this is somehow a moment of constitutional crisis. As Keith Whittington notes, “crisis” is both overused and misused. The mere application of stress, even immense stress, to the regime does not constitute a crisis. A crisis obtains when it fails to perform under duress as it should. It is, at the moment at least, reacting according to plan.

The real question is what purpose, exactly, is served by the insistence of both political extremes on seeing the situation  in cataclysmic terms. Thucydides diagnosed this tendency in his History: “Men will always judge any war in which they are actually fighting to be the greatest at the time, but, after it is over, revert to their admiration of some other which has preceded..”

We are not, of course, engaged in a war. But Thucydides’ insight holds. He spied our  tendency to exaggerate our own crises to vindicate the sacrifices they exact. A less noble explanation, though probably compatible, is a strain of historical narcissism that refuses to see our  own times as ordinary.

Less noble still is Bertrand de Jouvenel’s theory: power. Crisis accretes it, and that power does not go away. “And so it is,” wrote de Jouvenel, “that times of danger, when Power takes action for the general safety, are worth much to it in accretions to its armory; and these, when the crisis has passed, it keeps.”

But what of power when there is no crisis? Lincoln warned in his Lyceum Address that  the former inevitably seeks out the latter.   Leaders would manufacture emergencies to sate their own appetites for greatness even if  the moment did not require it.

Ascertaining whether the moment does require greatness, whether crisis does actually obtain, is the essence of prudence. There is no constitutional crisis today, much less a civilizational one. For all the Left’s talk of constitutional crisis and Dennis Prager’s omen of “civil war, with the soul of America as we know it at stake,” the regime is proving itself remarkably resilient. For that, while his descendants draw a calming breath, Publius can take a bow.

The Party Can’t Comb Over Its Problems

When Deference Is Dereliction

Fidelity to the Constitution, which necessarily includes having an opinion as to its meaning, is not merely an authority. It is a responsibility.

A Criminal Conspiracy to Undermine Our Government and Our Country? Part I of II

What does it mean “to defraud” the entire United States government or “any” of its agencies?