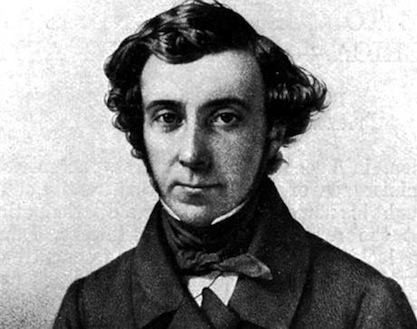 The culture war rages on. Recently the New York Post reported that the state of New York has fined a couple for refusing to host a same-sex wedding on their farm. This provides some context for, in Ezra Klein’s words, “the politicization of absolutely everything.” The complaint has its ironic dimensions, and leads us to ponder what caused that politicization—and what can we do about it.

Klein points to surveys showing that Americans are growing increasingly partisan. In one study he cites, participants were given resumes to review. The results showed that, as Klein writes, “race mattered. But political orientation mattered even more. Democrats and Republicans chose the resumes that shared their politics roughly 80 percent of the time.” Perhaps it was ever thus, but I suspect partisanship is more pronounced these days than ever before. (Incidentally, that data might suggest why Republicans, even in South Carolina, are happy to vote for a conservative—white or black, male or female—and it might be why, at the same time, Democrats regard Republicans as racist.)

The problem has many causes. Two key ones, though, are likely to be the growth of government and the rise of identity politics. For much of our history, Americans had a robust understanding of property rights, and of the non-governmental sphere, which was not subject to regulation. That has been changing for quite some time. Alexis de Tocqueville argued that it was part of the essence of America that Americans do on their own, collectively, and freely in civil society, what was done in aristocratic countries by elites. “Civil Society” used to be the proper term for the things we did together. Tocqueville wrote:

The first time I heard in the United States that a hundred thousand men had bound themselves publicly to abstain from spirituous liquors, it appeared to me more like a joke than a serious engagement, and I did not at once perceive why these temperate citizens could not content themselves with drinking water by their own firesides. I at last understood that these hundred thousand Americans, alarmed by the progress of drunkenness around them, had made up their minds to patronize temperance. They acted in just the same way as a man of high rank who should dress very plainly in order to inspire the humbler orders with a contempt of luxury. It is probable that if these hundred thousand men had lived in France, each of them would singly have memorialized the government to watch the public houses all over the kingdom.

In America, civil associations are completely voluntary, and yet they have, or had, a very important civic role. Civil society was a space of liberty, with very few regulations. No one was required to cease drinking, and no one was required to monetarily support a temperance group, or a charity hospital, church, reading club, or fraternal or other charitable organization.

Moreover, the energy inspiring those clubs, associations, corporations, and movements was generated in what we today would call the “private sector”—outside of government. (If we followed Walter Williams’ suggested and used the term “government schools,” for what we call “public schools,” we could rethink the whole concept.) What a robust civil society entailed was the existence of a great deal of free space in which people, alone or in groups, were free to act, or not to act. In the New York state of the mid-19th century, the “perfectionist” community in Oneida was tolerated for quite some time, despite its embrace of free love or “complex marriage,” as the group’s members called it, which most New Yorkers frowned upon. (By the time the larger populace found a way to shut down the experiment, it was beginning to fail on its own.)

Contrast the openness of the America of Tocqueville’s day with the story above. A couple has religious scruples about gay marriage. They cannot in good conscience allow their property to be used to label “marriage” something they view as nothing of the sort. Why is that the government’s business? Moreover, once it becomes the government’s business, it politicizes what used to be the free sphere of private action and choice.

That makes it hard for people to live their faith.

Tocqueville recognized that all organizations in civil society, for-profit and not-for-profit alike, were what we would today call Non-Governmental Organizations:

They have not only commercial and manufacturing companies, in which all take part, but associations of a thousand other kinds, religious, moral, serious, futile, general or restricted, enormous or diminutive.

(As an aside, it is interesting that the non-profit Left has lately taken to using the term “public charities” to describe the $3 trillion in assets held by large, private, charitable groups—from the Red Cross and Salvation Army, to universities, hospitals, churches, and other such organizations. That sounds like the private sector, as we today usually use the term.)

But what if that’s not the case, and old time religion is here to stay? If religion persists it means that, by constricting the sphere of civil society, we are throwing gasoline on the cultural fire. As Tocqueville put it:

A government can no more be competent to keep alive and to renew the circulation of opinions and feelings among a great people than to manage all the speculations of productive industry. No sooner does a government attempt to go beyond its political sphere and to enter upon this new track than it exercises, even unintentionally, an insupportable tyranny; for a government can only dictate strict rules, the opinions which it favors are rigidly enforced, and it is never easy to discriminate between its advice and its commands.

The culture war rages partly because identity politics has merged with big government. Government is extending beyond its proper sphere and the result is that it is often arbitrary. Moreover, it is making civil society less and less free. In the name of regulating businesses, it is, in fact, demanding a form of forced confession. As a practical matter, it is just about impossible to separate the regulation of for-profit entities from the regulation of not-for-profit entities.

Where did this case—and those in which government has been asked to force bakers, photographers, and others with religious scruples against gay marriage to give sanction to something they view as a sin—come from? The best guess is that many gay couples seek more than a legal sanction for their marriage. They seek public approval, and want the government to prosecute anyone who stands in the way. In other words, government is enforcing a religious point of view. In that contradiction, we have the seeds of the uber-politicization of American society.

Life, Death, and the New Orthodoxy

Engaging and Knowing: The Cart and the Horse

The Violent Bear It Away

Tocqueville, a much wiser and more prudent thinker than the Encyclopédistes, knew that such abstract political moralizing could only lead to political terror.