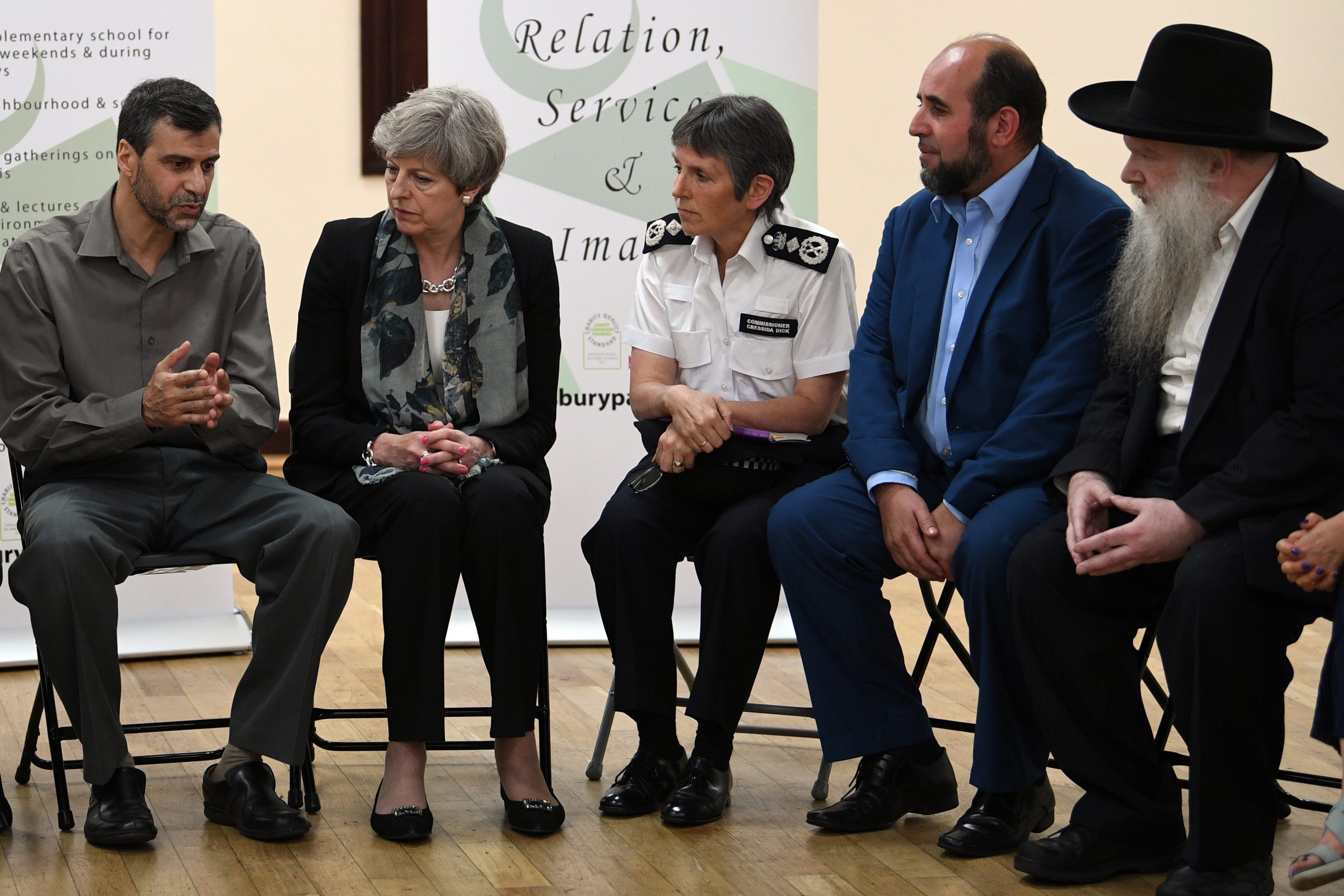 By now, it is a well-established fact that acts of Islamic violence against Western targets are swiftly followed by local surges in reported incidences of anti-Muslim hate crime. The cities of Manchester and London, both of which lately suffered Islamic attacks, have proved no exception.

In the wake of such a spike in anti-Muslim hate crimes following the London attack, the police there lost no time in announcing their intention to crack down hard on anti-Muslim hate crime. Thus, four days after the London Bridge attack, the head of “Community engagement” for the Metropolitan police announced that his force had since made 25 arrests for hate crime offences and that ‘dedicated officers have made contact with local places of worship to encourage them to report hate crimes and to reassure those who congregate there that the police will take these crimes seriously’.

Raheem Kassam, editor in chief of Breitbart News London, thinks this prioritising by police of anti-Muslim hate crime to be a flagrant misuse of scarce police resources. In his view, their time and energy would be better spent keeping track of those who have previously appeared on police radar as terror suspects. Kassam, the self-styled ex-Muslim, writes:

‘Asked what could be a bigger priority than tracking jihadists in the UK’s capital city, Mr [Sadiq] Khan [the Mayor of London] declined to answer. Now, however, it seems we are learning of the Met’s priorities. The force boasted of the large amount of resources they dedicate to policing hate crime.’

London’s Mayor is also nominally in charge of the capital’s Metropolitan police.

It would be, though, overly hasty to suppose that he and his police force have got its priorities wrong in attaching as much importance as they do to preventing hate crimes against Muslims.  According to most experts on Islamic violence, provoking such attacks turns out to be precisely the intention of the recent spate of ISIS-orchestrated jihadi attacks, its leadership being convinced that they will be the only way to finally win around the majority of Muslims to its cause.

According to these same experts, this is no idle wish on the part of ISIS but a deep psychological truth of what drives Muslims to become terrorists. As was observed by Clark R. McCauley, emeritus professor of psychology at Bryn Mawr College and co-director of its Center for the Study of Ethno-political Conflict:

‘Terrorists… hope to elicit a violent response that will assist them in mobilising their own people… A violent response to terrorism that is not well aimed is a success for the terrorists… A reaction of stereotyping and prejudice toward Arabs and Muslims… will turn them from sources of help against terrorism to sources of further terrorism. Rudeness, suspicion and hostility directed toward… Muslims… is good news for the terrorists.’

McCauley’s opinion has received support from the Israeli economists Eric Gould and Esteban Klor who have compared rates of cultural assimilation of Muslims in the US with FBI statistics by states on hate crimes against Muslims which dramatically increased after 9/11. They found that:

‘Muslim immigrants living in states which experienced the sharpest increase in hate crimes after 9/11 exhibit [behaviors which] point to a decline in the rate of integration into the wider American culture’. On the basis of their findings, the two researchers concluded that: ‘terror groups may try to provoke a backlash against their own ethnic or religious group in the targeted country, in order to halt the assimilation of Muslim adherents into Western society.’

This opinion of McCauley’s and of Gould and Kor is also shared by the French expert on ISIS, Professor Gilles Kepel. He remarked shortly after the Paris attacks that: ‘What the Islamic State wants to do is start a civil war… provoke lynchings of Muslims, attacks on mosques, harassment of women in veils, and create hotspots of war that will put fire and sword to Europe, seen as the soft underbelly of the West.’

Professor Kepel has also opined that, provided they are not driven by indiscriminate anti-Muslim reprisals into the ISIS camp, eventually moderate Muslims in the West will be the ones who will put their own house in order by acting in consort against (potential) jihadis in their midst. Signs such a move might be imminent have begun to appear. It was reported in the Daily Telegraph (Monday 14 June) that, at a recent meeting in London, Britain’s just retired, most senior Muslim police officer declared:

‘I would like to issue a call for action today for every single Muslim, from a young person all the way through to my mother-in-law who is well into her mid-60s but has got a What-app or a Facebook, to get on there and start to denounce extremism. All of a sudden, maybe you will find that these extremist voices start to shrink… remove their dominance, starve them of oxygen. Make sure they have got a powerful lobby against them. We can do that now.’

It remains to be seen how many of the police officer’s co-religionists do as he has bid them. In the meantime, I think there is more evidence to suggest that police combating anti-Muslim hate crimes is just as important in the war against terror as is their attempting to identify and track potential jihadis.

Could Sudan Become the Next Terror Haven?

Christian Anti-Semitism and the Rise of the Modern State