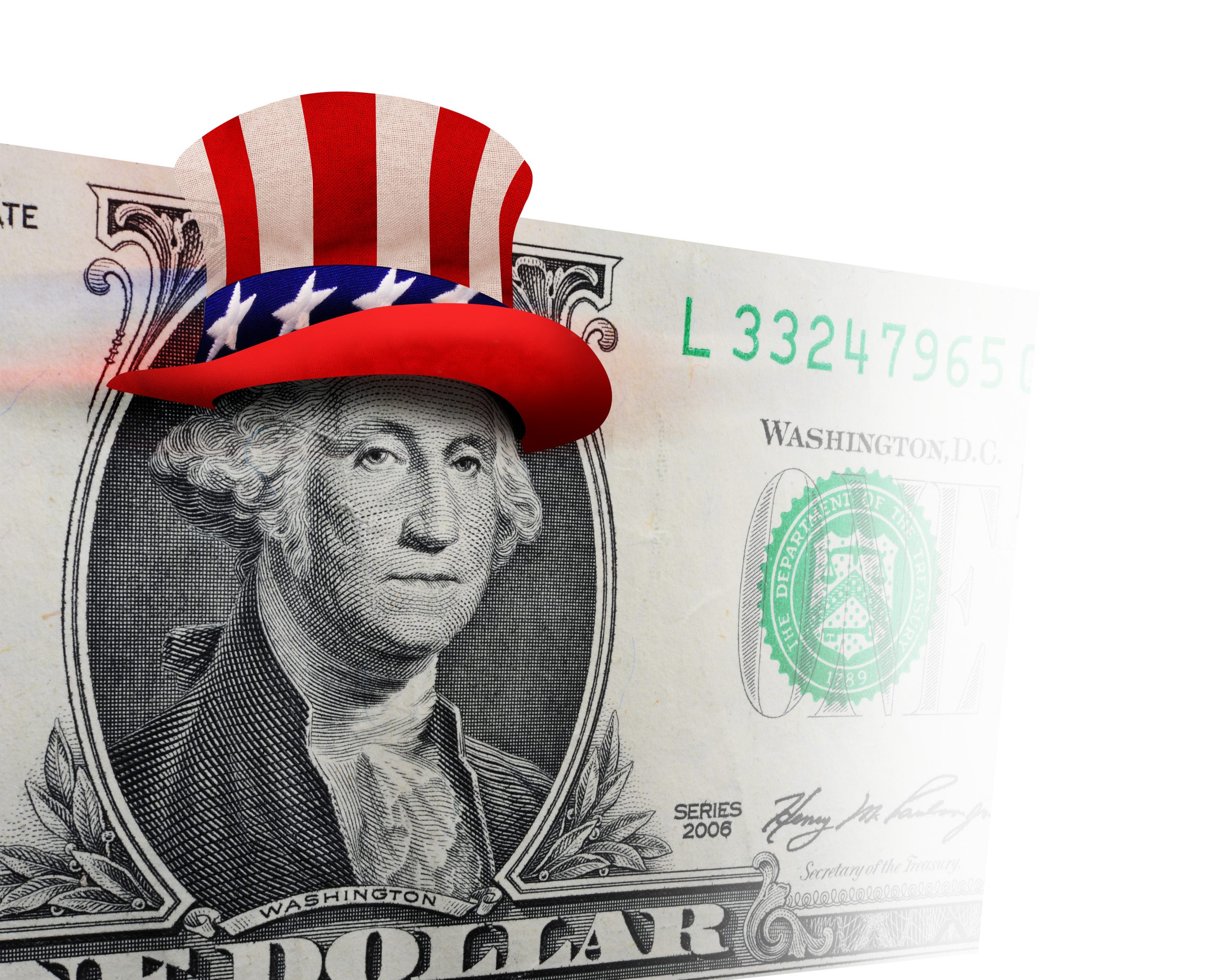 In Citizens Divided: Campaign Finance Reform and the Constitution, Robert C. Post, the dean of Yale Law School, makes it his task to “elaborate a constitutional framework in which First Amendment doctrine and campaign finance reform can be connected to each other in a coherent and theoretically satisfactory manner.”

Despite its title, Citizens Divided is not so much about the controversial 2010 Supreme Court case of Citizens United v. Federal Election Commission as it is a discourse on the debate about the constitutionality of campaign-finance regulation—a debate that has raged since the Court’s seminal decision in Buckley v. Valeo (1976).

The commentary in those four decades has been, says Dean Post, “disheartening,” “confused,” and full of “disturbing imprecision.” Many echo that view, and so the entry of such a distinguished constitutional scholar into the debate is encouraging. But while this book is a valuable contribution, its vision is at once too grandiose and too narrow to meet the author’s ambitious goal.

Post begins with a thorough and informative review of the intersection between the First Amendment and democratic theory. Next he makes quick work of those who claim that money is not speech, and therefore campaign-finance regulation raises no serious First Amendment issues at all. “When speech is dependent upon the resources necessary to create and disseminate it,” he writes, “proscription of the latter should be regarded as suppression of the former. It should make little constitutional difference whether legislation bans films directly or instead proscribes the celluloid on which films are printed.”

Unquestionably the First Amendment is involved.

There follows an examination of longstanding justifications for regulating the financing of campaigns: promotion of political equality, preventing “distortion” of political debate, and preventing “corruption” or its appearance. Post concludes that “none of these justifications translates easily into the context of First Amendment rights.”

He speaks throughout in terms of “First Amendment principles,” “purposes,” and “values.” For Post, the primary purpose of the First Amendment is “to make possible the value of self-government.” Later, he avers, “the point of First Amendment rights is . . . to guarantee that each person is equally entitled to the possibility of democratic legitimation.”

What First Amendment rights do, according to Post, is:

institutionalize the hope that affording each person the opportunity to participate in public discourse can create the “communion of interests and sympathy of sentiments” between persons and their government that is the foundation of self-government.

Having rejected the traditional justifications for campaign-finance laws, Post attempts to build a case for them around the First Amendment “value” or “principle” of “electoral integrity.” He defines “electoral integrity” as “a property of a system of representation, in which the public trusts that representatives will be attentive to pubic opinion.” Quoting the political theorist Hanna Pitkin, he argues that electoral integrity is “not any single action by any one participant, but the over-all structure and functioning of the system.”

But ultimately a theory has to be applied. How would a judge use the principle of “electoral integrity” to decide a case? This is not an idle question, for the Constitution is not an idle or theoretical document—it is a concrete document for governance. If a judge cannot use “electoral integrity” to decide particular cases, then the whole effort sounds like the old joke about the economist explaining how to open a tin of food on a deserted island: “Assume we have a can opener.” It’s a great theory, but it can’t be used to open the tin.

Only once does Post give us a clue as to how “electoral integrity” as a principle of First Amendment jurisprudence might work: when he discusses the Supreme Court’s decision in American Tradition Partnership v. Bullock. In that 2012 case, the Montana Supreme Court upheld a state law identical to the federal law struck down two years earlier in Citizens United. The Montana Court agreed with the state’s Attorney General, who argued that his state was uniquely corrupt and its citizens uniquely disillusioned with government. Post argues that Montana’s history of “the manifest loss of faith in electoral integrity caused by massive expenditures by mining corporations” was “convincingly recounted by the Montana Supreme Court.”

But was it? In fact, what the Montana Supreme Court offered was junk history. It said little about the law in question. To give but one example, the Montana justices cited two incidents of legislators being illegally bribed by individuals as reasons to limit independent campaign expenditures by corporations. Legal historian Robert Natelson, reviewing Montana’s election history in depth, concluded that the state’s campaign-finance laws “are less instruments of ‘good government’ than weapons wielded to silence political opponents.”

So when Post says “it could not plausibly be denied that electoral integrity had been seriously impaired,” he is speaking for himself, not others who have reviewed the evidence on which the Montana Supreme Court relied.

The author believes the Supreme Court should not have summarily reversed the state court’s decision. Presumably, then, it should have scheduled the case for full briefing and argument. Post purports not to have an opinion on which way the decision should have gone after a full hearing, though he does claim that “anyone who reads the undisputed facts of the Montana case must acknowledge . . . electoral integrity has been threatened.”

He criticizes the Supreme Court for seeing the issue in American Tradition Partnership as a legal question. The question of electoral integrity depends on examining the facts—the “actual circumstances that prompted the enactment.” If this sounds like a fact determination, you and I are together. Unfortunately, later in the book, we read that “electoral integrity” is not a question of fact, but a matter of law applied with “awareness of the material facts.” Whatever. As Professor Natelson’s work shows, the facts were not undisputed; people can disagree on what the reality was in Montana.

On the other hand, it is not clear from Citizens Divided that reality matters that much. Or at least the reality of how legislatures legislate, or how their legislative products are implemented. Rather, the existence or absence of electoral integrity is determined by “how Americans believe their elections actually work” [emphasis added]. Apparently, if you can convince enough people that Charles Koch is running the government, you can constitutionally justify silencing Charles Koch. Whether Charles Koch actual runs the government is not a concern.

And since “electoral integrity” is something that can rise and fall, what material facts is a judge to consider? Should the Supreme Court have considered the situation in Montana in 1912, when the law was enacted, or in 2012, when it was finally challenged in court? Or what the facts might be down the road? Can a statute be unconstitutional, but then constitutional later? Does it all come down to timing?

Further, while Post’s idea of “electoral integrity” is richer and more nuanced than the traditional “reform” arguments of equality, distortion, and corruption, Pamela Karlan notes that what “people actually believe” about electoral integrity bears a great resemblance to the traditional justifications that Post rejects. Why might a person think that money undermines electoral integrity? Usually because it upsets the viewer’s notion of political equality, or is perceived to “distort” public debate, or because it convinces the viewer that “they’re all corrupt.” If it is not enough that voters think politicians are “corrupt” or debate “distorted”—rationales Post rejects—how is it enough that they believe government is not responsive to public opinion?

Never fear, responds Post. How voters describes the problem doesn’t matter after all, for “electoral integrity” is a tool not for them but for judges. Judges will evaluate First Amendment restrictions on money in politics. Thus, judges who now disagree not merely on the legal significance of concepts such as equality, distortion, and corruption, but on the empirical effects of campaign-finance restrictions on each, are expected to agree on whether the perceptions of the public cause a loss of “electoral integrity,” and whether the government regulation is narrowly tailored to address this loss of integrity.

Conceding that something like what Post calls “electoral integrity” is a core First Amendment principle, the First Amendment tells us how that principle is to be protected: “Congress shall make no law . . . ” It is not a value to be achieved “by appropriate legislation,” a phrase which does appear in some clauses of the Constitution.

What does “no law” mean? Does it prohibit prosecutions for libel? Does it include a prohibition on revealing national secrets? Does it cover “fighting words”? Does it cover spending to voice political opinions? Whatever it might mean in individual cases, it would, at a minimum, seem to create a strong presumption against governmental regulation. Why shouldn’t we presume that the Constitution tells us that we best protect “electoral integrity” by the absence of governmental regulation of political speech?

In other words, it is quite possible that the First Amendment was based on an understanding that the government could not be trusted to regulate speech, particularly in the political realm. That the Founders understood that if political speech were regulated—whether to promote equality or an anti-distortion rationale, to prevent corruption or its appearance, or to promote “electoral integrity”—such indeterminate standards could be abused by legislatures to harass political opponents and unpopular speakers, and be almost impossible for the judiciary to police.

Might the Founders have chosen such strong words—“Congress shall make no law”—because they meant it?

That this possibility is not considered by Post is most evident in the latter third of Citizens Divided, which consists of commentary on the two essays of his that form the core of the book. All four commenters, including Professor Karlan whom I’ve mentioned, agree that campaign-finance regulation is necessary. They agree, in other words, that the mission is to “elaborate a constitutional framework in which First Amendment doctrine and campaign finance reform can be connected to each other in a coherent and theoretically satisfactory manner.”

It needs to be asked, although no one included in this volume did, whether these two subjects go together naturally under a proper understanding of the Constitution. If the debate over campaign finance is “disheartening” and “confused,” perhaps that is not because the Supreme Court refuses to consider such principles as “electoral integrity,” but because elected officials, political “reformers,” and learned scholars are too quick to assume that the Court, and the plain language of the Constitution, are not to be taken seriously.

Those who take a strong stand against governmental regulation of political speech, including campaign finance, are often accused of being ideologues. But the true ideologues may be those for whom the sine qua non of the debate is the need for regulation. For them, no matter how insightful they may otherwise be, there is one option that is always, perpetually, off the table: freedom.

Stevens’ Jurisprudence of Facts Is No Substitute for One of Principle

The most serious vice of this book has one related virtue: it captures the fatal flaw of Stevens' jurisprudence.

Taking Down D’Souza and Other Abuses of Power