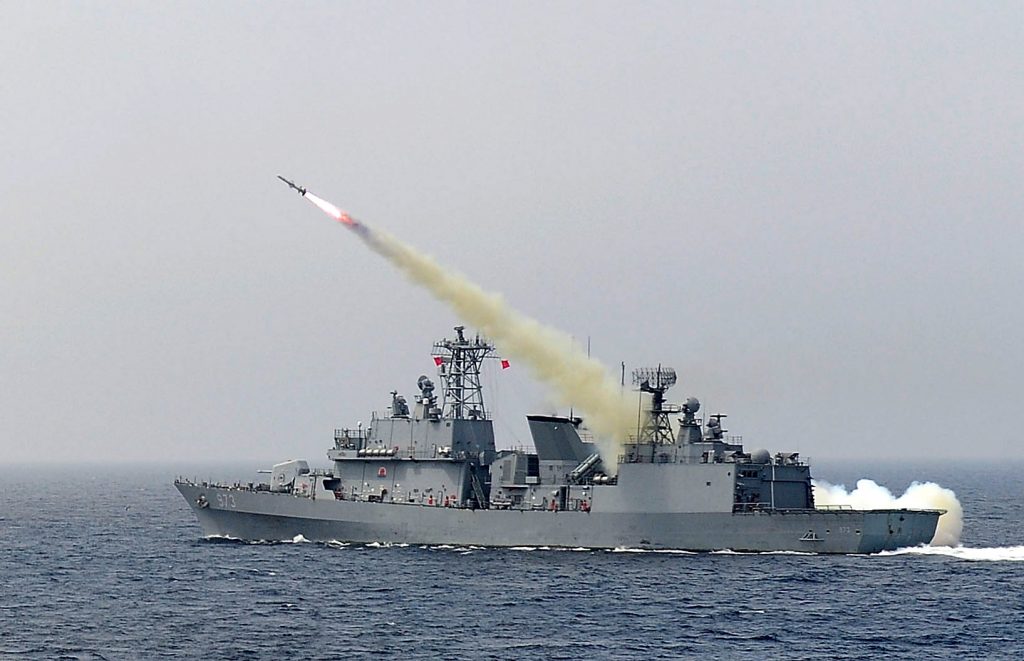 For the great strategic theorist Carl von Clausewitz, strategy is about the imaginative search for options to achieve objectives and a critical analysis of which one is best.

Sometimes there are no good options and one must select the least bad option.

My students, most of whom have served in combat, call this eating a poop sandwich. We even joke that the nature of their profession is to eat poop sandwiches for a living, though they use an alternative four-letter word to describe their duties. Nasty job, but someone has to do it.

So what are U.S. options with respect to North Korea?

First one needs to figure out U.S. objectives, which are usually stated as homeland defense and the defense of American allies in the region, South Korea and Japan especially. More generally, the United States has an interest in preventing not only the use, but the threat of use, of nuclear weapons, lest we become accustomed to such things and the entire world order be placed in peril.

One option would be to negotiate with North Korea so it gets rid of its nuclear weapons.

Great idea from the point of view of South Korea, Japan, and the United States, but North Korea appears to view such weapons as non-negotiable. Fearing U.S.-led regime change, it wants nukes as a deterrent.

This idea has been tried before. The Clinton administration offered North Korea cheap fuel oil in exchange for halting nuclear research. North Korea took the oil and continued the research, thus making it difficult to trust North Korea to keep its word. The administrations of George W. Bush and Barack Obama attempted negotiations, too—sometimes offering carrots, more frequently employing sticks, like economic sanctions. Result is North Korea is essentially isolated politically and economically with no friends, except China.

Great idea, but it too has been tried. It has failed. Why? Because the Chinese do not see it as in their interest to pressure North Korea to the point of near regime collapse, which is what it would take to convince North Korea to give up its nukes and missile program. China fears that a collapse of North Korea would lead to millions of North Korean refugees fleeing to China. And China likes having a geopolitical buffer in North Korea between it and U.S. allies, like South Korea and Japan.

So as long the current regime in North Korea is in place, it is unlikely that negotiations to get rid of its nuclear and missile program will succeed.

Another option is a U.S. or South Korean military strike on North Korea. Presumably this would be either “surgical” (to get rid of nuclear warheads and missiles, if the Americans and South Koreans can find them, and if they can minimize civilian casualties); or punitive, so North Korea thinks it is more painful to retain these weapons than to get rid of them; or both.

The problem is North Korea has many ways to respond. Seoul is within striking range of thousands of North Korean artillery pieces. A conventional war on the Korean peninsula could easily devastate South Korea as much as the Korean War did from 1950 to 1953. If it got really bad, North Korea might deploy chemical weapons, or even use a nuke or two. China might even intervene, as it did in 1950. Small wonder neither South Korea nor most U.S. military planners want to go down this route.

It matters that the United Nations Charter allows the use of force only for self-defense or by authorization from the Security Council to restore peace after an act of aggression has occurred. Neither China nor Russia would authorize a strike on North Korea. If neither South Korea nor the United States were attacked, a military strike by them on North Korea would be illegal. The rest of the world, including our most important allies, would be furious at us, and rightly so. Once you “Cry ‘Havoc!’ And let slip the dogs of war,”  you never know where they will go.

Negotiation, the most attractive option, thus looks infeasible for now while a military strike looks downright reckless. So what options are left? Both a sense of proportion and a sense of history matter. Throughout the Cold War, the United States sought to contain and deter the Soviets and China (at least until such time as negotiations proved possible). Containment worked. The Soviet Union imploded; China became America’s most important trading partner. There was no  hot war among the great powers, though there were plenty of smaller wars between their proxies We obtained our objectives without fighting a third world war.

Some say containment and deterrence work only against rational actors—and that North Korea’s Kim Jong Un is crazy. Nonsense. He is crazy like a fox at preserving his power, meaning he is susceptible to Godfather-like offers he cannot refuse. Russia’s Josef Stalin was a ruthless fanatic. China’s Mao Zedong said many crazy-sounding things during the Cold War, just like Kim today. But there was no war. Unless Kim is suicidal, he may threaten, he may bluster, but he is no more likely to strike first than were Stalin or Mao.

So, by process of elimination, containment and deterrence really are our best options. Yes, it means putting up with North Korean nukes and missiles indefinitely. But it is better than war.

Together the United States, South Korea, and Japan have almost 40 percent of global GDP at their disposal; North Korea has less than 1 percent. The United States and South Korea (and Japan, too) have ample means to contain and deter North Korea. A combination of missile defense, conventional deterrence, and secure nuclear retaliatory forces—in theater and also in the United States—is more than sufficient to keep the peace on the Korean peninsula until such time as North Korea is willing to compromise, or it implodes.

To be effective, this option requires putting on the back burner our quarrels with our allies over burden-sharing. Japan has the third largest navy in the world. The U.S. Navy needs Japan’s support. And South Korea fields 24 divisions in a conscript military. (The United States fields roughly half as many with a volunteer military.) These are not parasites or free riders, but vital strategic partners.

Granted, this approach is not ideal, but in strategy restraint matters at least as much as self-assertion. Yes, North Korea is highly likely to develop more nuclear weapons, to make them fit on warheads, and to extend the range and accuracy of its missiles. Just as the Soviets and Chinese did before them; but there was no war. Eventually, there was regime change—from within, not at the point of a U.S. bayonet.

So it is time to get a grip. North Korea is nothing like the kind of threat the United States faced from the Soviet Union. If we could handle the Soviets, peacefully, in a 40-year-long struggle, we can certainly handle North Korea, too.

Hence it is a grievous mistake to talk (or tweet) about losing “strategic patience” with North Korea. This saber-rattling puts us in a serious dilemma: Either we back up our tough talk with deeds, like war, or we back down, thus losing credibility. The first alternative is irresponsible; the second would be a self-inflicted wound.

Stop the tweets. Reassure allies. Be firm but not provocative with North Korea. That is the poop sandwich we must eat today. Compared to the alternatives, some might call it the only sane option available. And it matters that in the past six months the United States has squandered much of its credibility as a loyal, and sober, ally. Global leadership is a precious thing. Demonstrating firmness and patience with North Korea may be just the thing to redeem the reputation we have lost.

Portrait of a Speechwriter as a Young Man