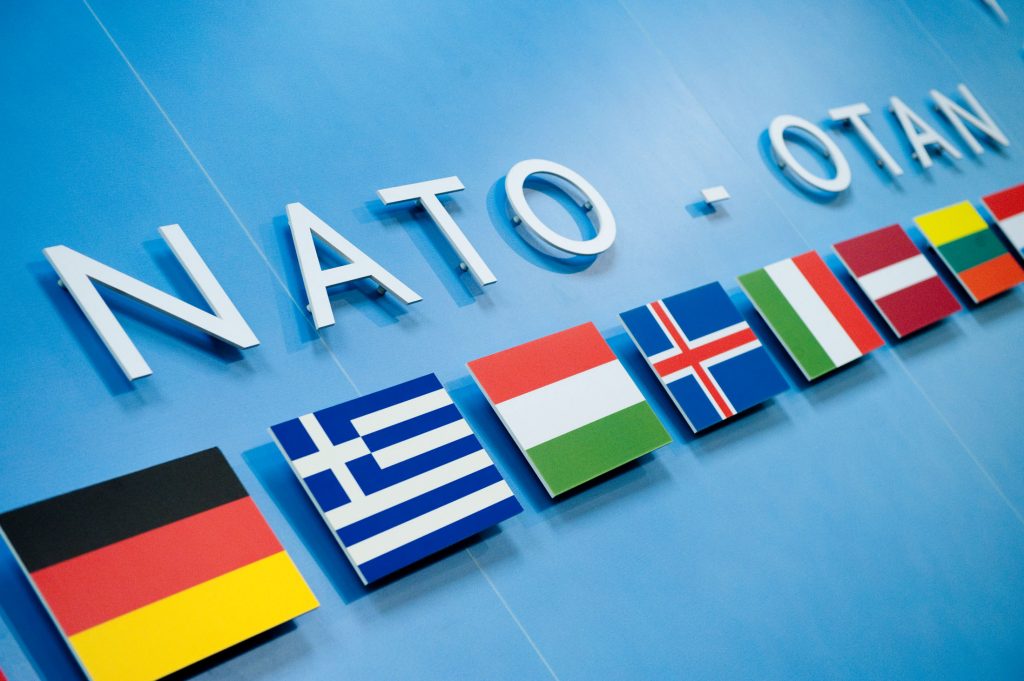 Celebrating the North Atlantic Treaty Organization as the cornerstone of U.S. foreign policy was an obligatory ritual for two generations of American statesmen. As the decades passed however, mention of it and of “our European allies” has come with decreasing conviction and increasing embarrassment. Few dispute that, today, the alliance’s formalities are a pretense likelier to get its members into trouble than to pull anyone out of it. Civilizational changes have emptied it of substance. Readjusting American strategy to take account of those changes makes far more sense than talking about “revitalizing” or “rebuilding” an alliance on bases that no longer exist.

American statesmen who treated NATO as something of an end in itself erected it into a totem. They would have done well to recall George Washington’s common sense teaching about alliances, namely that, by nature, they are expedients for particular purposes in particular situations. This means that the proper attitude to any alliance is to keep a tight focus on the business for which it exists, while being ready to dissolve it without illusion or sentiment, never mind rancor, as situations change.

NATO was born of the trans-Atlantically shared intention to, “keep the Russians out, the Americans in, and the Germans down” as Lord Hastings Ismay, NATO’s first Secretary General put it. Victor Davis Hanson usefully reminds us of how we and our European partners gradually set aside our alliance’s purposes while keeping its forms. From the beginning, the Europeans were neither unanimous nor enthusiastic about keeping the Russians out by fighting, especially if that involved the kinds of battles that had ravaged their continent between 1939 and 1945. For them, the alliance meant the Americans’ commitment to keep the Russians at bay by promising to bomb them. But the Americans substituted that commitment with plans to fight a conventional war for the sake of sparing America from having to make good on such a pledge. That strengthened the Europeans’ aversion forcibly to resist the Russians. It did not help that the Americans, in pursuit of their own relationship with the “Third World,” sided with the Russians in the wars that dissolved the British, French, Dutch, and Portuguese empires in Africa and Asia. With every passing decade, the Americans were pursuing a worldwide agenda that, to Europeans, portended only trouble – less as a source of security vis a vis the Russians and more as a source of trouble with them. From the U.S. perspective, the Europeans were becoming mere consumers of American provided security.

As the alliance’s political purposes were coming apart, the cultural ground was shifting from under it. NATO was created by Europeans like Konrad Adenauer, Maurice Schumann , Alcide DeGasperi – Catholics born in the 19th century who had been chastened by two world wars, muscular anti communists committed to liberal economics, as well as by similar American Protestants such as Dean Acheson, George Marshall and John Foster Dulles. By the time that the Soviet Union’s disintegration removed the alliance’s original glue, European (and even American) society had changed profoundly. So completely were Europeans absorbed in their welfare states that they had become uninterested in and incapable of resisting anything, from Russia or from any other quarter. Americans, for their part, had become inured to military commitments that it would not or could not carry to a fruitful end. What then could have been expected of the 1999-2004 expansion of NATO to Eastern Europe, to the Baltics and Balkans respectively?

[NATO’s] 28-nation membership is now as much Mediterranean and Eastern European as North Atlantic. And it has no central organizational principles about where and when it should or should not intervene… a sort of quasi-European Union organization that happened to include the United States largely for its money and guns…its many weak members won their half-century philosophical argument over its one strong member.

But America “needed NATO less than NATO needed it, a sort of abusive parent-teen relationship ensued.” And so “The Eastern Europeans also have come to understand that NATO is a toothless nag.  Faced with Russian aggression and NATO indifference…there is a greater risk for a NATO power to alienate an adversary like Putin than their supposed benefactors in Brussels.”

On the alliance’s other flank, “the new ostensible mission of NATO involves a deep distrust of Islamism and its many anti-Western agendas…Every member but Turkey would agree. Turkey is not just aberrant in this regard, but increasingly antithetical to the entire democratic and liberal pretenses of NATO itself.”

In short, NATO is a net diversion and drain on the United States’ own stewardship of our own interests among nations. We have far more important things to do than to mourn its passing. Today as ever, George Washington would counsel us to put our energies into minding our business.

In 1796, in the midst of the donnybrook over the Jay Treaty, President Washington asserted what we now call “executive privilege .”

The Theory and Practice of Toleration

We Are All Dangerous and We All Have Rights